Amitabh Bachchan
Megastar Amitabh Bachchan says his latest film ‘Pink’, a courtroom drama, is getting incredible attention and immense praise. ‘Pink’, co-produced by Shoojit Sircar and directed by Aniruddha Roy Chowdhury, is a message-based drama on sexual crimes against women. Amitabh, who plays a lawyer in the film, took to Twitter on Sunday to talk about the appreciation the film is receiving. 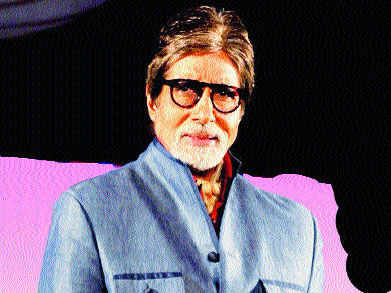 Here’s what they have written:

Varun Dhawan: Absolutely loved ‘Pink’. Loved everything about it. The performances are top notch. Amitabh Bachchan is just wow. Still can’t get over ‘Pink’. Aniruddha has made such a fine and noble film.

Divya Dutta: I could only get up with the rest of then for a standing ovation. Speechless! Thank you Shoojit Sircar! Qudos to you and your team. And Amitabh Bachchan sir, it’s an honour to watch you perform, know you and to have worked with you! Overwhelmed watching you in ‘Pink’.

Riteish Deshmukh: ‘Pink’ is beyond brilliant. Finest film of the year so far. Producer Shoojit Sircar and director Aniruddha take a bow. Waiting for your next.

Genelia Deshmukh: ‘Pink’… What a film. Watched a film after ages and what an experience. Shoojit Sircar, thank you for such a relevant fabulous film.

Amitabh Attention Bachchan: Getting immense incredible Pink praise 2016-09-19
srijita
to in With for and of on India The Launched at Samsung Launch A iPhone Android Galaxy More Apple Rs New Be 7 Price Google