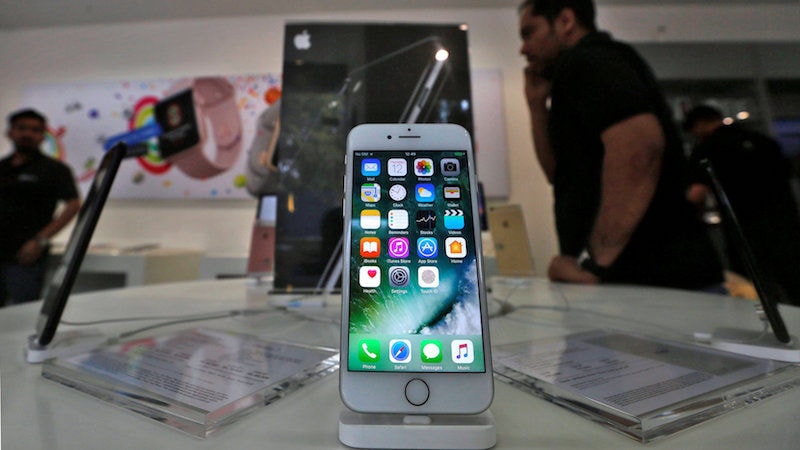 Apple has put back on the table a request to sell used iPhones in India as it negotiates with the government for concessions to start production in the country, a person familiar with the matter said.

The company has asked to bring in used iPhones to be refurbished and sold in India, saying it will have the manufacturing infrastructure needed to make them compliant with quality standards, said the person, who asked not to be named as the matter is private. The request is included in a list of concessions submitted by Apple to a panel of government officials that includes a 15-year tax holiday, the person said.

Apple’s last attempt at such a license was met with resistance as industry executives and government ministries cited risks such a move would open the floodgates to used electronics and undermine the ‘Make in India’ program to encourage local manufacturing. The world’s most valuable company is exerting its brand influence at the negotiating table as pre-owned devices will be cheaper and target the price-sensitive market.

The company collects a large number of used iPhones through upgrade schemes in the US and around the world every time it introduces a new device, some of which are broken down into their component bits and others refurbished and sold. India could become a viable destination for many of those gadgets, though local politicians fret that the country could become a dumping ground for ageing phones.

“These phones still have life in them,” said Anshul Gupta, Mumbai-based research director at Gartner. He estimates that 70 percent of phones sold in India go for under $200. “In India and other emerging markets, buyers cannot afford the flagship model so opt for older generation iPhones whose prices drop.”

Apple didn’t immediately comment to a Bloomberg question on seeking permission to bring in and sell pre-owned iPhones.
If permission is granted, the iPhone maker will become the first company allowed to import and sell used electronics in the country. Apple sold just 2.5 million phones last year, about 2 percent of the market, and a fraction of the 750 million smartphones are estimated to be sold by 2020. Samsung is the biggest selling brand in the country but Chinese vendors Oppo, Vivo and Xiaomi are also winning significant market share.

Apple’s latest request comes as it dangles the prospect of setting up large-scale manufacturing in India. Last week, a regional minister said the company will start assembling iPhones in a facility of its partner Wistron Corp in Bangalore by the end of April.

Apple has told officials that its certified pre-owned program would meet environmental and quality requirements and also be open for third party-audits and checks, the person familiar said.

“The government is concerned and will look to framing policy to ensure that India does not become a used electronics dumping ground,” Gupta said.
[“source-ndtv”]