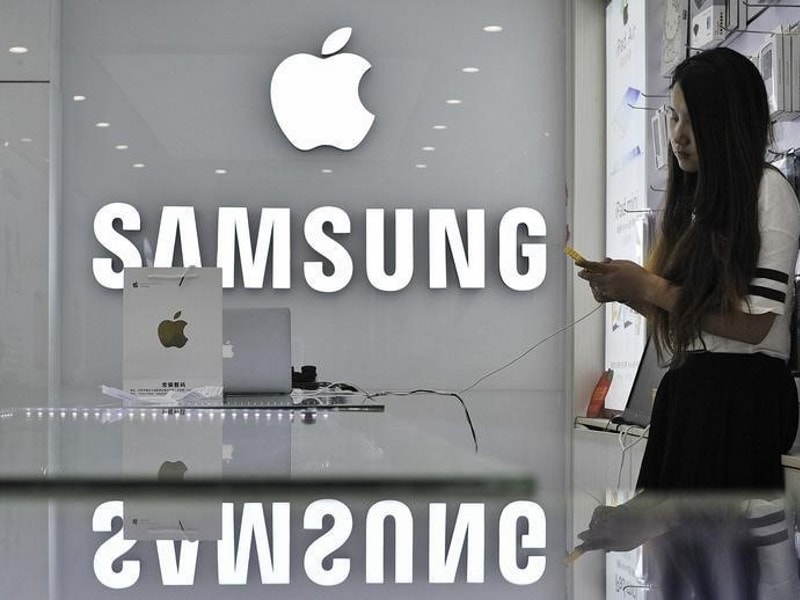 The global launch of the iPhone 7 on Friday is crucial to Apple’s fortunes in China, but both it and its biggest rival Samsung, hit by a recall over exploding batteries, are struggling in the face of upstart local competitors.

The US and South Korean firms were relegated to fourth and fifth place respectively in the Asian giant’s smartphone market in the first half of this year, according to consultancy Canalys.

Ahead of them came three Chinese firms, leader Huawei with a 16 percent share, then two companies little known elsewhere, Vivo and Oppo.

Apple faces “a lot of challenges and pressures” in China from local manufacturers who are “developing medium- to high-end handsets and offer a lot of flagship products”, said Canalys China analyst Jessie Ding.

The iPhone 7 – which comes with an improved camera, a water resistant body and minus an earphone jack – “doesn’t have many innovative features”, she said, pointing out that its double camera function was available on a Huawei smartphone six months ago, and it lacks wireless charging capabilities.

In its most recent quarterly results, Apple said Greater China dropped from second to third place among its markets in the April-June period – when market research firm IDC says its iPhone sales collapsed by 32 percent year-on-year.

For its part, Samsung has had to recall 2.5 million of its flagship Galaxy Note 7 handsets after faulty batteries caused some to explode during charging.

The company has handled the issue badly, said Neil Mawston of Strategy Analytics, with slow decision-making, poor communications and a lack of coordination, and its image risks suffering.

“Brand loyalty is not as strong in China as in other markets,” he told AFP. “It’s a very crowded, fragmented market and fiercely competitive, with rivals undercutting each other with price and design. So it’s not a market you can afford to falter in.”

Low-priced Chinese competitors have been “particularly troublesome” for Samsung, which has in the past sought to offer phones across all price ranges, he added.

It has responded by trying to focus on the mid- and high-end sector with improved models, which could make the recall especially damaging.

And now, he added, “the Chinese companies are producing higher-end smartphones as well – and with a large degree of success.

“In the last three or four years, local Chinese brands have been on a roll, fuelled by a swell of national pride in ‘brand China’.”

There is no official ranking of smartphone sales in China, and several different consultancies put out figures.

Oppo – an unknown in the West – has experienced a meteoric rise since it launched in 2011, and according to Counterpoint Research, it became China’s number one smartphone brand in June, when its market share jumped to 23 percent.

It is aiming squarely for the low end of the market.

Vivo, part of BKK Electronics, the same conglomerate that owns Oppo – employs similar methods, investing heavily in marketing to build up its brand image, and on a vast distribution network that extends to China’s smaller and poorer cities and towns.

Blocked services
Apple still benefits from its luxury image and “the strong loyalty of its long-time users” in China, said Fu Liang, an independent analyst based in Beijing.

“The enduring image of Apple brand products as well as existing customer loyalty will continue very strongly,” he said.

But the Californian firm sometimes has to contend with the country’s Communist authorities, despite regular visits from chief executive Tim Cook, who has made two so far this year and promised in August to open a large research and development centre in the country.

Apple’s iTunes Movies and iBooks services launched in China earlier this year, but were then promptly blocked by Beijing.

The firm has sometimes been targeted by state-owned Chinese media on issues of customer service, and they have prominently reported alleged security vulnerabilities on Apple devices.

“There are serious distribution challenges, the fact that Chinese consumers tend to favour Chinese brands, as well as Chinese-language software that links well with Chinese social networks.”

[“source-gadgets.ndtv”]
Apple Chinese Competition Face in of Samsung Struggle; 2016-09-19
srijita
to in With for and of on India The Launched at Samsung Launch A iPhone Android Galaxy More Apple Rs New Be 7 Price Google