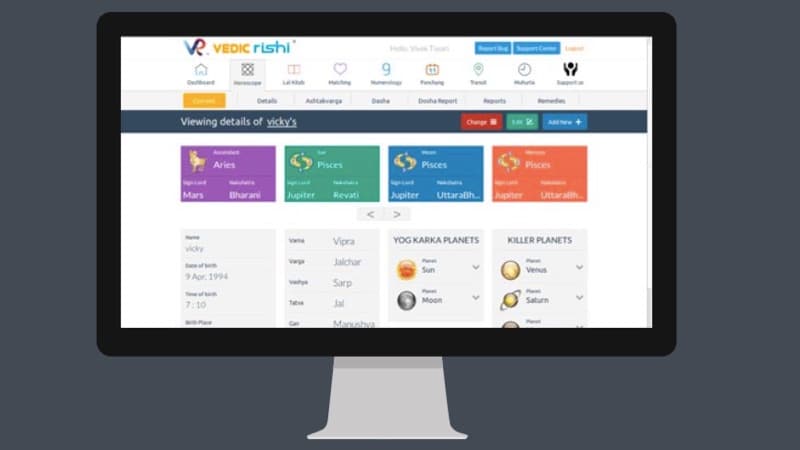 Chandan Tiwari is the founder of Vedic Rishi, an astrology-technology services provider with an API anyone can plug into an app or website to provide users with horoscopes, predictions, and astrological calculations. Tiwari, an engineer who started the company while still in college, comes from a family of astrologers, and talks glibly about bringing together the “science” and art of astrology.

When you think of astrology, you don’t typically end up thinking of technology. The picture is of old men wearing a multitude of rings with special stones, sitting cross-legged on crisp white sheets. But just like every other aspect of life, astrology has also changed a lot thanks to technology over the years.

People have been selling “astro” software for years, and it has long been considered one of the three national obsessions of India, our ABCs – Astrology, Bollywood, and Cricket.

But in at least cricket and cinema, the impact of technology seems to be more direct. Replay cameras, motion tracking, and high tech gear have changed all sports; mega-hits such as Baahubali 2 wouldn’t be possible without improvements in technology. In the case of astrology, has technology changed anything beyond the means of distribution?

In some ways, it has, if you’re to believe Tiwari. “There is a lot of different data, a lot of different calculations that you have to carry out,” he explains. “And it’s not about predicting the future, but more about understanding the world around you. So my father used to do all these calculations manually, and I started to think of how we can automate the process.” 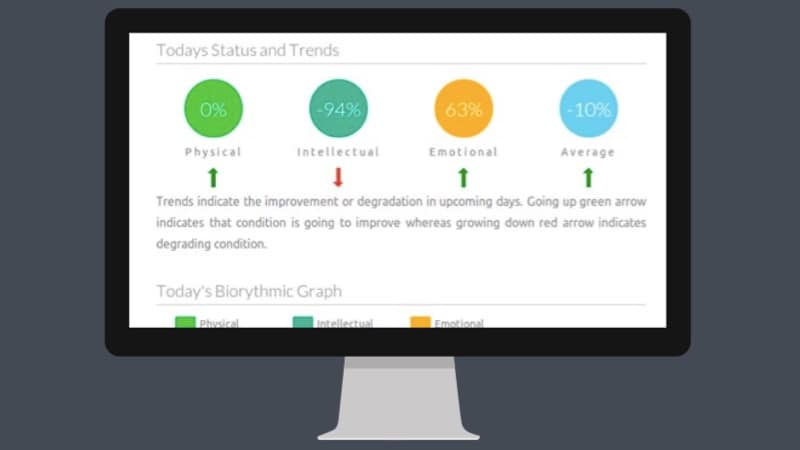 “I was in college at the time, and there were a number of softwares available to do this, but they were very expensive, and it was all locked down,” he continues. “We started to look at how to do this in-house. I started to read a lot of books [on astrology] and that is when I started to get interested in astrology as well, and it was quite interesting to know – there are so many things to know, not even a full-time astrologer would know all the things.”

Getting information together, putting together searchable databases, and cross-referencing information to build algorithms, Tiwari set about building a tool that would be customisable to different needs, but also able to offer much quicker results than visiting an astrologer. At the same time, all of this was still based on classical texts of the topic, something Tiwari sees as a positive.

Early iterations helped calculate details such as eclipses, or the position of the sun and the moon, depending on time and date, and working out things such as angles and connecting that with various inferences. By this point in mid-2007, the Vedic Rishi site had 35,000 registered users, but it was being developed and run as a hobby for Tiwari, as a one-man operation. When he finished his education and was hired by TCS in 2010, worked slowed.

At this point, Tiwari recalls, Vedic Rishi had crossed 100,000 users, but it wasn’t being monetised. Things started to change however, says Rishi, as the emails he was getting on the site went from the usual “should I take this job,” or “how can I improve my fortunes,” and people started to ask about the software.

“People started asking where I got the software from,” says Tiwari, “and if I said that I’d made it, then they would ask if they can lease it, or if they can buy it. I wasn’t interested in selling it, so I made it available online. But the messages kept coming, and I started to think about how we can make a business out of this without charging the end user.” At TCS, Tiwari’s work experience had been in designing interfaces, and he decided that making an API would be the best solution. “There are APIs for just about everything in the world, but [three years ago] I wasn’t finding anything for astrology,” says Tiwari. More are available now, as some quick searching proved, though you’ll certainly find more people offering software tools or website, rather than APIs that can be used elsewhere.

“We decided to provide some simple features, such as the planetary position, for example, through the API,” says Tiwari. “This is how our B2B business evolved. Dating, matchmaking, horoscopes, these are some of the things that can now be checked using the API.”

The API itself is free for limited use; any developer can start experimenting with it to see if it’s useful for them. But the money that Vedic Rishi makes comes from it’s 150-plus paying subscribers. The model is based on the number of features that a publisher selects, and the number of requests made using the API. Tiwari says his clients include the Hindustan Times, whose website he says is one of the biggest sources of traffic for the Astro API. The Hindu, the Asian Age, and the Indian Express all have astrology sections as well, a testament to the popularity of the notion, even as we live in a world where a tweet might have more of an impact on your life than the alignment of planets.

The oft-rebranded Tapzo is another customer, and others include matrimonial websites Maheshwari.org, BigMatrimony, and USShaadi.com. 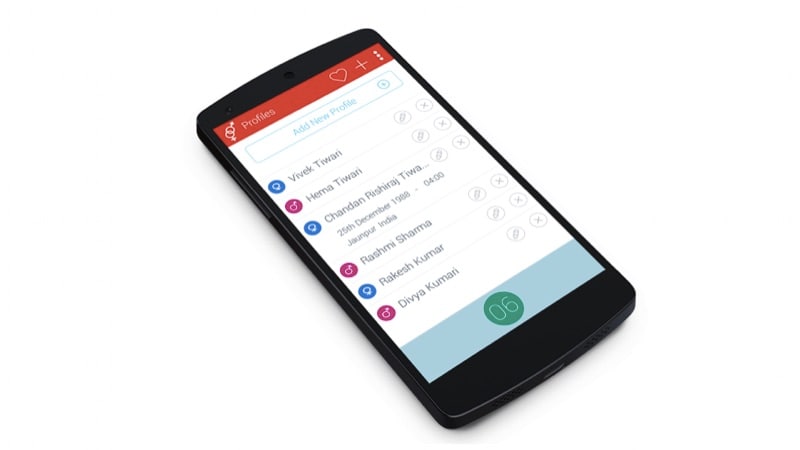 It’s clear that there’s an audience for the content that Tiwari is offering, but considering we’re talking about astrology, the question comes up – why even bother with algorithms and calculations? Surely he could simply use a random text selection tool, no more complicated than a Twitter bot, to spew out something acceptable.

Tiwari doesn’t get worked up at the suggestion – there’s a sense that he’s used to dealing with skeptics. Instead, he gently says that astrology does not control outcomes, but provides people with a framework to approach the world.

“Creating an astrological feature is based on astronomical calculations,” he says. “Once you understand the algorithm then it’s not complicated at all. But what you have to do is bring together a number of different algorithms, and there are so many different sects in Indian astrology that most people don’t actually understand. But most of all, you need to work on your content and develop it in a way that is actually useful. We’re constantly innovating and improving what we know, so that our offering is more useful.”

“Astrology has been around since ages, but how people used to take it earlier is completely different from how we are portraying it,” he adds. “Things are not foretold by astrology, it is a guide. Today it is portrayed as, you will get married at this age, you will have three cars, you will get a big home. That is baseless. Astrology does not do those things.”

Our skepticism remains, but Tiwari is prepared for that as well, and adds, “it’s okay if you disagree.” Regardless of that, it’s clear that there’s enough interest in what the company offers for us to predict a bright future, and for a number of others who are keen to offer Astrology as a Service.

Tags: Astrology, Astro API, Vedic Rishi, Apps for astrology
[“Source-ndtv”]
A as Astrology Disrupting Everything How is Service Shows Tech 2017-06-02
Loknath Das
to in With for and of on India The Launched at Samsung Launch A iPhone Android Galaxy More Apple New Rs Be 7 Price Google