Google’s paid music services have eclipsed 15 million subscribers, according to two people familiar with the numbers, a milestone for a company that has struggled to build subscription media businesses. The figure includes subscribers to two services — YouTube Music and Google Play Music, an older service that is being folded into YouTube Music — said the people, who asked not to be identified ... END_OF_DOCUMENT_TOKEN_TO_BE_REPLACED 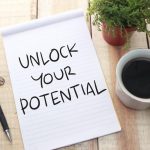 One of the first things people ask me once they get a new job is for advice on what to do to ensure that they are successful in the job and have opportunities for later promotions. I have to admire their passion for wanting to thrive at work and to be viewed in a positive light. So, what can you ... END_OF_DOCUMENT_TOKEN_TO_BE_REPLACED 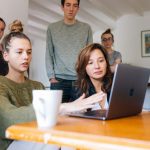 The days of casually picking a candidate to fill a role at your company and expecting them to stay long-term are over. If you are an employer or manager and you don’t have a strategy to retain your employees, you can’t expect them to stay. Millennials no longer need to apologize for job hopping, so it’s on employers to not only ... END_OF_DOCUMENT_TOKEN_TO_BE_REPLACED 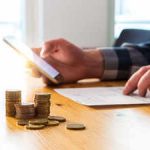 Venture capital funding has become very popular with startups these days. The number of investors has grown, and they have become bolder, seeking high-risk/high-return opportunities in small to medium enterprises with amazing growth potential. However, entrepreneurs need to have a strong blueprint ready as venture capitalists are being inundated with investment opportunities today. Here are a few simple things prospective venture capital financing seekers should ... END_OF_DOCUMENT_TOKEN_TO_BE_REPLACED 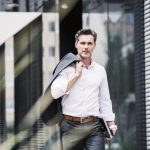 If you have been out of work for a long period of time or just can’t seem to catch a break, I’d like to offer a scorched-earth, take-no-prisoners strategy to get a job. With all of the headlines boasting about full employment, we’re led to believe that everything is fantastic in the job market. Lately, I’ve been speaking to a ... END_OF_DOCUMENT_TOKEN_TO_BE_REPLACED 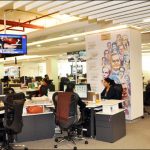 HT Media has announced changes in their radio leadership team. The changes are being made to ensure maximum synergies consequential to the acquisition of Radio One. This comes after the announcement of acquiring 51 per cent stake in Next Mediaworks Ltd (NMWL), the owner of Radio One and the appointment of Harshad Jain as CEO of NMWL. Some of the ... END_OF_DOCUMENT_TOKEN_TO_BE_REPLACED

Global ecommerce giant Amazon has announced in its quarterly financial filings that it has spent  $1.7 Bn on video and music content in the first quarter. Amazon said in a SEC filing, that the total capitalized costs of video, which is primarily released content, and music in the first quarter was $4.2 Bn, against $3.8 Bn in Q4 2018. It further explained ... END_OF_DOCUMENT_TOKEN_TO_BE_REPLACED

April 27, 2019 Comments Off on Google begins shutting down its failed Google+ social network

Google has officially started the process of shutting down and deleting all consumer accounts on its Google+ social network platform, bringing an end to the company’s attempt to directly compete with the likes of Facebook and Twitter. “The shutdown is underway as of this morning,” a Google spokesperson confirmed to The Verge by email on Tuesday. Google+ is being phased out due ... END_OF_DOCUMENT_TOKEN_TO_BE_REPLACED 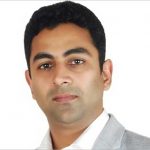 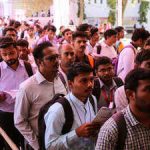 NEW DELHI: Job creation dropped by 1.73 per cent in February to 15.03 lakh compared to 15.30 lakh in the same month last year, according to the latest payroll data of the Employees State Insurance Corporation (ESIC). The data showed that during September 2017 to February 2019, nearly 3 crore new subscribers joined the ESIC scheme. The ESIC has been releasing payroll ... END_OF_DOCUMENT_TOKEN_TO_BE_REPLACED