India is on its way to becoming a $5 trillion economy by 2025 and startups are expected to lead the pack. Recently, Prime Minister Narendra Modi at the convocation of IIT-Madras, announced that India is at the third spot in the top startup nations of the world, with more than 7,000 startups in the ecosystem. The Indian startup ecosystem is ... END_OF_DOCUMENT_TOKEN_TO_BE_REPLACED

MUMBAI: Digital advertising in 2019 witnessed a 26% increase over 2018 to reach Rs 13,683 crore, even as overall advertising witnessed a sober 9.4% growth, as per the latest report by the Dentsu Aegis Network. The report pointed out that digital continues to grow and will grow at 27% in the current year to reach Rs 17,377 crore by the end of 2020 and cross ... END_OF_DOCUMENT_TOKEN_TO_BE_REPLACED 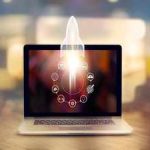 NEW DELHI: A small but growing clutch of angel investors from India is picking bets in the lucrative startup market in the US lured by the promise of seeding high technology ventures that can offer disproportionate returns. Some of these investors — enthused by the big returns earned from pre-IPO secondary bids in big-name startups like Pinterest and Dropbox — are laying out fresh ... END_OF_DOCUMENT_TOKEN_TO_BE_REPLACED

There are no official demographics for the LGBTQ+ (lesbian, gay, bisexual, transgender and queer) population in India, but government data from 2012 suggests that around 2.5 million people in India are homosexual. These figures are only based on individuals who have spoken up about belonging to the community to the Ministry of Health. Ankita Mehra Despite the 2018 landmark judgement of the ... END_OF_DOCUMENT_TOKEN_TO_BE_REPLACED

Few things in life will test your patience more than a job search. As the weeks and months pass by, you may grow fatigued by what can feel like endless waiting for the right opportunity. Unfortunately, many people are shaken by disappointments and quit their job search too early, resigning themselves to staying in a bad work situation or accepting ... END_OF_DOCUMENT_TOKEN_TO_BE_REPLACED

BENGALURU : A few years ago, Akanshi Srivastava was the only woman in a Google Developers Group. Recently, she participated in a hackathon in Bengaluru organized by Skillenza for Indonesian on-demand services company Gojek. SheHack, as it was called, had only women. It felt good to be surrounded by women hackers, she says, because breaking stereotypes is what her generation loves ... END_OF_DOCUMENT_TOKEN_TO_BE_REPLACED

TechRepublic’s Teena Maddox talked to Dave Neway, head of marketing at IBM Watson Advertising, at CES 2020 about how Watson can take advertising to the next level with artificial intelligence (AI). The following is an edited transcript of their conversation. Dave Neway: We had a major product announcement this week. On Tuesday, I’m very proud to announce that we launched a new offering called Advertising Accelerator with Watson, which as ... END_OF_DOCUMENT_TOKEN_TO_BE_REPLACED

In 2002, Anupam Sengupta formed a band called The Karmic Circle The present economic slowdown, in tandem with job crisis, has fired concepts like side hustle and gig economy with a feisty enthusiasm, receiving overwhelming recognition and acceptance all over the world. Closer home, Indians are chasing portfolio careers like never before under pressing circumstances like student debt, stagnant income, lack ... END_OF_DOCUMENT_TOKEN_TO_BE_REPLACED

The number of working teenagers has almost halved in the last 20 years, a study suggests, sparking fears of the “death of the Saturday job”. A Resolution Foundation report suggests a quarter of 16 and 17-year-olds were in work between 2017 and 2019 – falling from 48% in 1997-99. Young people were instead prioritising studies over part-time work, it added. The ... END_OF_DOCUMENT_TOKEN_TO_BE_REPLACED 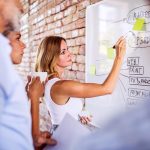 While marketing in today’s digital world provides many more options for businesses, it also makes it more difficult to know where and how to spend your marketing dollars. And when startups are competing with larger companies who have extensive marketing budgets, it can be especially intimidating to figure out how to win over consumers. Let’s take a look at how ... END_OF_DOCUMENT_TOKEN_TO_BE_REPLACED