Good morning and happy early Thanksgiving. Thanks for subscribing to Axios Media Trends. Send tips and ideas to [email protected] and tell your friends and colleagues to join the conversation by signing up here.

FYI – The story that just won’t end: Eight women have told The Washington Post that longtime television host Charlie Rose made unwanted sexual advances toward them, including lewd calls, walking around naked in their presence, and more. NYT’s Glenn Thrush was suspended after accusations of sexual misconduct, first reported by Vox. At least 16 men in media have been accused of sexual harassment since the Weinstein story broke last month. Axios’ Stef Kight has the full list here.

1. All eyes on Justice

The Justice Department’s move to block AT&T’s proposed $85 billion bid for Time Warner puts on hold a slew of media and telecom transactions that may have been in the works and potentially upends antitrust precedent that has created some of today’s biggest media companies, Axios’ Kim Hart writes.

Why it matters: The surprising suit against the deal is not only a blow to AT&T but also to other companies hoping that similarly-structured deals that combine content producers and distributors have a shot with the current administration. It could also bring new scrutiny to the size and power of Google and Facebook, who have become media powerhouses in their own right.

What’s next? AT&T’s bid for Time Warner was a major litmus test for others who are also eyeing major deals between content companies and distributors. For example, Verizon and Comcast have both expressed interest in 21st Century Fox’s entertainment business, which like the AT&T bid for Time Warner, would involve the acquisition of a studio business as well as cable channels. 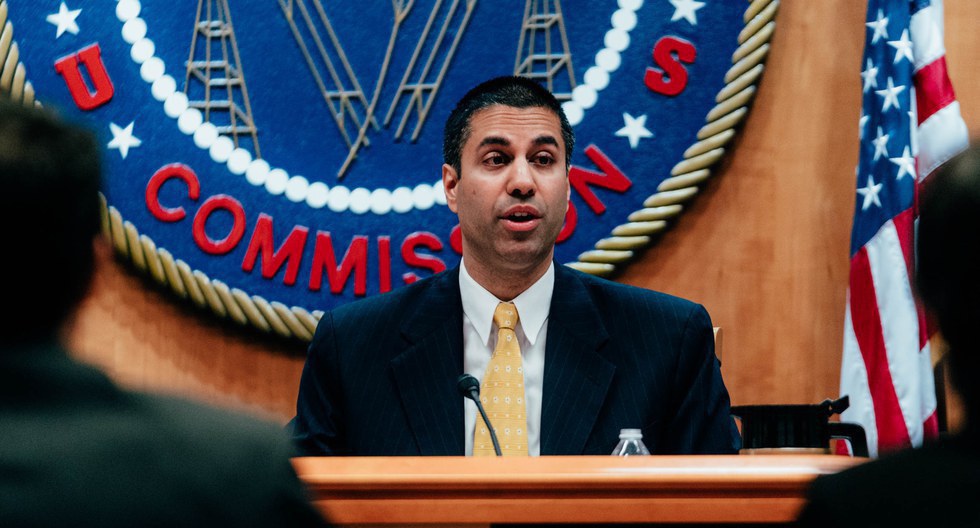 Officials at the FCC are expected to reveal a proposal today to roll back Obama-era net neutrality rules through a vote this December, Axios’ David McCabe emails. 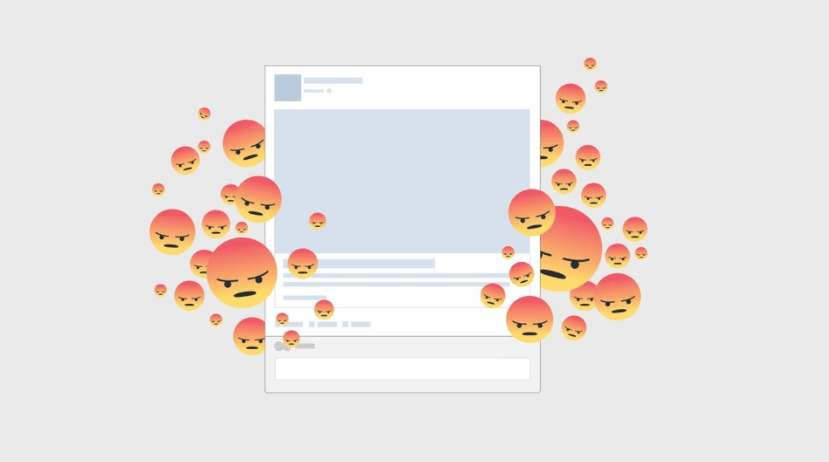 Facebook insiders with detailed knowledge of the company’s priorities and operations are increasingly voicing concerns that the tech giant is putting profits ahead of its users’ best interests. Their accounts come as many Silicon Valley insiders are speaking out about the negative consequences of the world they helped create.

Why it matters: The accounts put more pressure on the company to quickly and publicly address tough philosophical questions that they may not have the answers to yet. And it gives more ammunition for other Facebook alumni to come forward with their perspectives while they work their issues out.

In response to these accounts, Facebook published a blog post late last night that says, “While it’s fair to criticize how we enforced our developer policies more than five years ago, it’s untrue to suggest we didn’t or don’t care about privacy.”

The latest: Former Facebook operations manager Sandy Parakilas wrote in a New York Times op-ed Sunday: “Lawmakers shouldn’t allow Facebook to regulate itself. Because it won’t … [Facebook] prioritized data collection from its users over protecting them from abuse.”

Sound smart: It’s one thing to be criticized from lawmakers or outside people who don’t understand the company’s business model, capabilities and priorities. It’s another to be condemned by employees and investors with more intimate knowledge of the company. 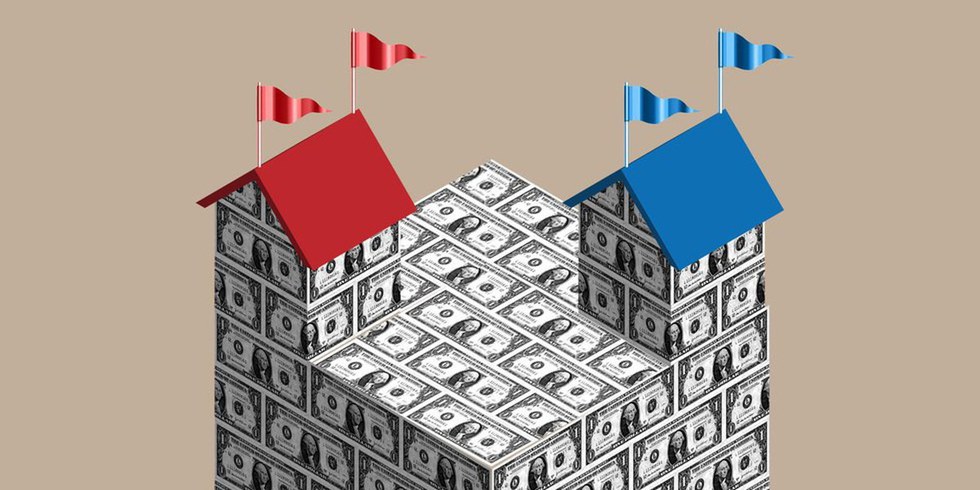 The economic strains of technology on the entire media landscape are intensifying. Weeks after Googleand Facebook announced record earnings, some of the biggest players in the digital media industry are still struggling to hit revenue projections, make profit or grow.

Why it matters: Rapid consolidation in every sector, but especially digital, shows how difficult it is for media companies to survive in a digital advertising economy dominated by tech platforms. Tech giants, aided by decades of minimal regulation, have scaled to the point at which they are able to adjust their advertising models and adapt to consumer demands faster than most media companies can keep up with.

The tech effect has also bubbled down to legacy media outlets that are trying to find ways to subsidize migrating user interest from linear TV and print to digital.

Sound smart: While the problems plaguing digital ad economics have existed for years, most of these consolidation efforts have emerged in a matter of weeks. There’s no question that the media industry is facing unprecedented disruption at this moment. 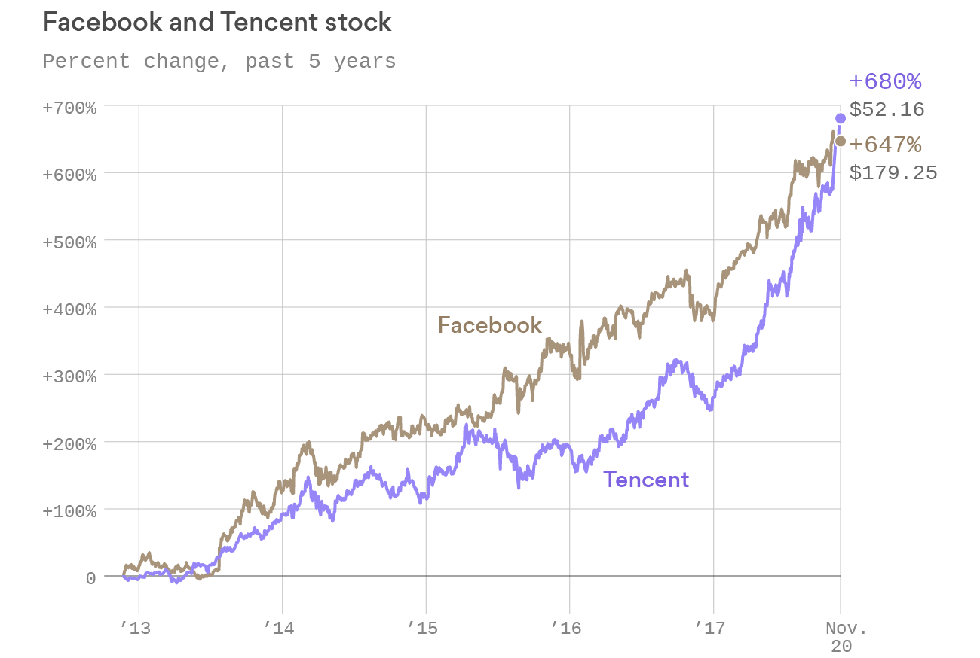 Chinese Internet giant Tencent became the first Asian company ever to be valued above $500 billion on Monday, after its shares rose 4.1% in trading on the Hong Kong Stock Exchange, per Axios’ Dan Primack.

Rivals: Facebook and Amazon both crossed the $500 billion threshold this past summer, with the former opening trading Monday with a market cap of $520 billion. In terms of tech, they all still trail market cap leaders Apple ($872 billion), Alphabet ($712 billion) and Microsoft ($636 billion).

What we’re watching: Tencent and other Chinese tech companies have notably made efforts to penetrate the Western media market, while China has continued to clamp down on letting American companies access its market.

Speaking of China … If you haven’t signed up for our new newsletter, Axios China, written by Bill Bishop of Sinocism, you can check it out and sign up here. 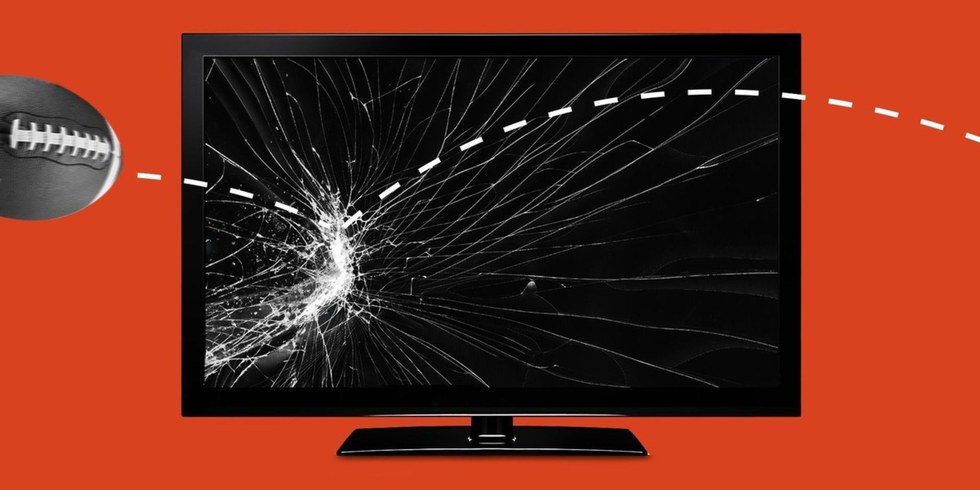 Sports leagues are cutting back on game time to meet consumer demands for faster entertainment experiences on TV and online. Part of those cutbacks are happening at the advertising level, to appease consumers who are becoming accustomed to on-demand TV viewing.

Why it matters: “Sports-holders are not just looking at how to divvy rights but how to improve the game experience for younger viewers that don’t want to sit through long games when streaming them,” says Jed Corenthal, CMO of streaming platform Phenix. “Speed and latency are directly correlated to revenue.”

LaVar Ball and President Trump are squabbling about giving Trump credit for bringing home three UCLA basketball players — including Ball’s son LiAngelo — after the players were arrested for shoplifting in China. “The beef brings two of the biggest attention hounds, usually in separate spheres of the media universe, into the same news story,” writes Axios’ Neal Rothschild.

Why it matters: Trump created the blueprint for building an avalanche of earned media momentum: be the loudest, most outrageous voice in the room. Generate buzz with confrontational statements, outsized self-promotion, and abundant charisma. Now we’re seeing that strategy executed perfectly in a different habitat of the media ecosystem, and it could lead to more copycats.