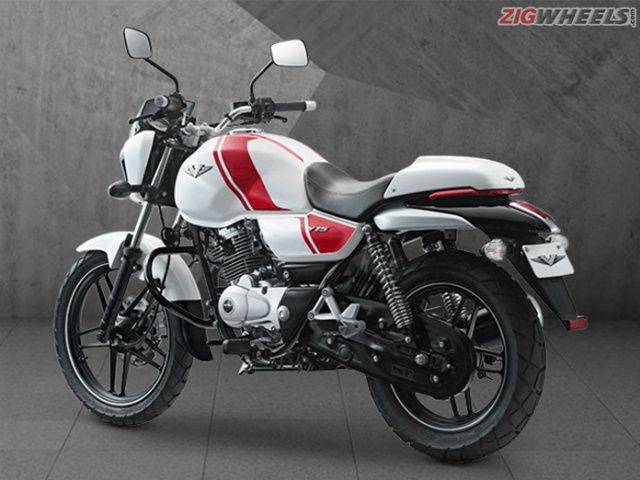 Bajaj Auto will commence deliveries of its newest offering the V15 from March 23. This day is also observed as Shaheed Diwas (Martyrs’ day) in India and marks the death anniversary of freedom fighters Bhagat Singh, Sukhdev Thapar and Shivaram Rajguru. Clearly, Bajaj wants to keep the patriotic sentiment associated with the V and seems to have strategically chosen the date.

The much talked about premium commuter was launched last month with a price tag of 61,999 (ex-showroom, Delhi), and has grown popular as the bike made from the “invincible” metal of the now decommissioned INS Vikrant.

The Bajaj V15 is positioned between the Pulsar and Discover 150cc motorcycles in the company’s lineup and is quite the attention grabber with its novel design. The styling is a cross between a cruiser and cafe racer, but still stays true to a commuter bike with the centre set foot pegs, telescopic forks and conventional twin shock absorbers. We also liked the subtle premium bits including the analog-digital speedometer with an LCD fuel indicator, LED tail lamp, wide handlebars, and a removable rear cowl.

Doing a recap on the specifications, the Bajaj V15 draws power from a new 149.5cc, single-cylinder, air-cooled, DTS-i engine that produces 12bhp of power at 7500rpm and develops 13Nm of peak torque available at 5500rpm. The engine comes paired to a 5-speed gearbox. The bike is expected to return a real time fuel efficiency figure of around 45-50 km/l.

Furthermore, dealers suggest that the Bajaj V15 is commanding a waiting period of three months in some locations, while the company has reportedly garnered over 3000 bookings since the time of launch. In effect, the V15 is expected to finally bring volumes to Bajaj, which the Discover has not been able to over the past years.

[“source-auto.ndtv”]
23 Bajaj Commence Deliveries From March to V15 2016-03-06
srijita
to in With for and of on India The Launched at Samsung Launch A iPhone Android Galaxy More Apple Rs New Be 7 Price Google