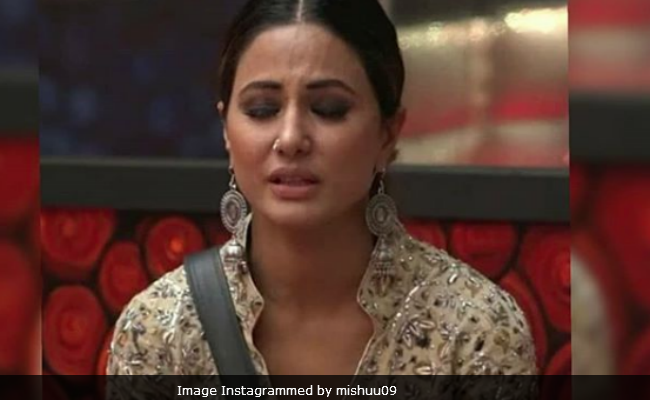 The stage is all set, the trophy is placed and our favourite host Salman Khan is ready to meet the gharwale in the semi-finale of Bigg Boss 11. In today’s episode, Bigg Boss will take all the top four contestants down the memory lane and will transport them to their initial days in the Bigg Boss house. Shilpa Shinde, who began the show with a fight with her ex-producer and co-contestant Vikas Gupta, will break down into tears to see the recap of her Bigg Boss 11 journey. Shilpa, popularly known as bhabhiji became maa for some contestants and didi for some others. Shilpa indulged with innumerous fights with Vikas and also forced him to escape the house, twice.

Later, Shilpa and Vikas became friends and we witnessed some badalte rishte. Vikas and Shilpa are now one of the favaourite jodis of Bigg Boss. Later, in the video, which will be shown to Shilpa you’ll see how in the press conference, media supported Shilpa and called her the ‘brave heart.’ Shilpa also won the maximum number of votes in the live voting session that happened in the mall.

Contestant Puneesh Sharma, a non-celebrity contestant, has made it to the top four. Puneesh fell in love with other contestant Bandgi Kalra on the show and the couple were loved by the audience. Puneesh is good friends with Shilpa, Vikas and has managed to perform extremely well in all the tasks. Here’s his journey.
Bigg Boss contestant Akash Dadlani, who was last evicted from the house, will set the stage on fire with his energy packed performance. Yes, it’s bang-bang.
The Bigg Boss finale will happen tomorrow and host Salman Khan will declare the winner of this season out of celebrity contestants Vikas Gupta, Shilpa Shinde, Hina Khan and non-celebrity contestant Puneesh Sharma. The top four contestants survived the game, who joined it with 14 other housemates.
[“Source-ndtv”]
11 A Bigg Boss for Hina Nostalgic Semi-Finale: Shilpa Treat Vikas 2018-01-13
Loknath Das
to in With for and of on India The Launched at Samsung Launch A iPhone Android Galaxy More Apple Rs New Be 7 Price Google