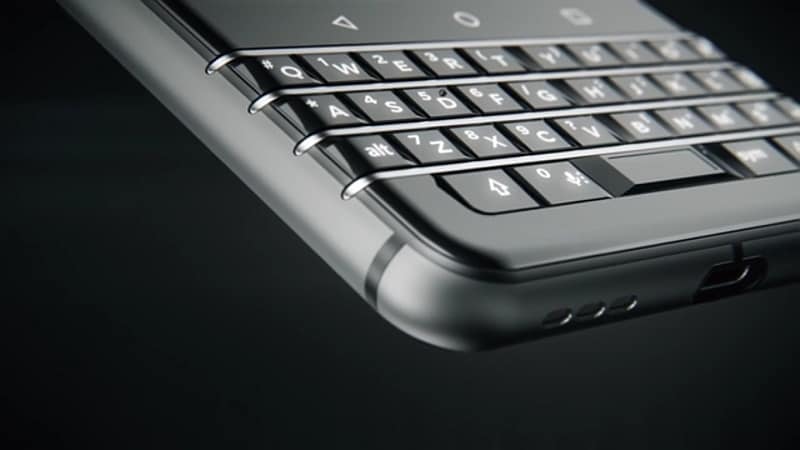 While most of us had our hopes pinned on TCL Communication Technology Holdings (TCT) unveiling the much-awaited BlackBerry QWERTY smartphone at CES 2017, it appears we will have to wait a while longer. The company has announced that while the Android smartphone will be previewed at CES, it will be launched at MWC next month.

TCT in a press release on Wednesday revealed that amongst the first smartphones it will launch this year is the “latest BlackBerry smartphone”, said to be focused on “security, productivity and reliability.” It went on to say the smartphone will be previewed at CES, which it indeed did, revealing that it’s codename is Mercury as we’ve been hearing all along. The company also revealed that the spacebar has a fingerprint sensor built into the space bar, while the keyboard itself has capacitive touch capabilities for scrolling. It will also feature a USB Type-C port for charging and data transfers, and it will run Android Nougat.

As for the MWC launch, Steve Cistulli, President and General Manager for TCL Communication (TCT), North America, in a statement said, “We look forward to unveiling details around this distinctly different and impressively designed BlackBerry smartphone around the Mobile World Congress timeframe next month.”
Cistulli had teased the BlackBerry smartphone in a video earlier this week, and on Wednesday shared yet another video on Twitter, showing the QWERTY smartphone from several angles.
To recall, BlackBerry in September announced it would stop making smartphones, and instead completely outsource their design and production while licensing the brand to third-parties. CEO John Chen then revealed that one last keyboard phone would be launched by the company. The first partner to come on board was TCL (now known as TCT) in December. Later that month, TCT had teased that it would reveal more details at CES 2017 about the how the BlackBerry brand legacy will live on. We’ve now come full circle.

The smartphone is expected to run on Android 7.0 Nougat, sport a 4.5-inch (1080×1620 pixel) display, and be powered by a Qualcomm Snapdragon 625 SoC coupled with 3GB of RAM. It’s expected to come with 32GB of inbuilt storage that’s expandable via microSD card, and sport an 18-megapixel rear camera apart from an 8-megapixel front camera.