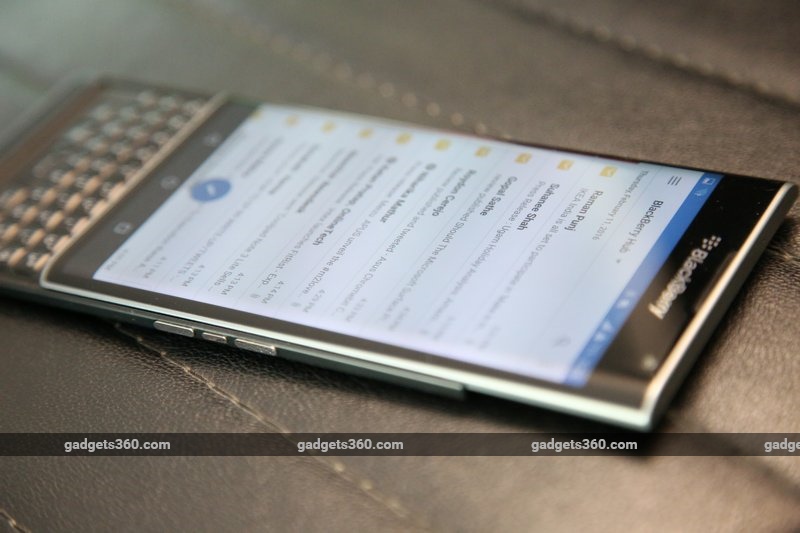 Iconic phone company BlackBerry has said that it won’t be rolling out last year’s Android Nougatsoftware update to the BlackBerry Priv smartphone in a blow to the customers and to its own image, as it increasingly tries to position itself as a security solutions provider.

In the recent episode of UTB Blogcast podcast, Alex Thurber, the general manager of Mobility Solutions at BlackBerry shared the update, adding that it won’t be possible for the company to have all its partners play along in pushing the Android Nougat software update to the BlackBerry Priv smartphone.

The BlackBerry Priv, which was launched in 2015 and shipped with Android 5.1.1 Lollipop software, was company’s first Android smartphone. Even as the smartphone managed to receive cheerful praises from critics, it couldn’t make a big dent in the smartphone market, which continues to be dominated by Samsung’s smartphones and Apple’s iPhone models.

In BlackBerry’s defence, however, it is not doing anything unsurprising. A commitment to release software updates to up to 18 months since a phone’s debut in the market has become an industry norm – at least among Android smartphone makers. In contrast, Apple has rolled out new iOS software updates to even four to five year old devices.

But BlackBerry, which licenses its security solutions to several companies, could have still put efforts to push the update, and use this feature as a unique selling point, especially since the BlackBerry Priv is a flagship smartphone. Since 2015, BlackBerry has launched several more smartphones, including the BlackBerry DTEK50 and DTEK 60 smartphones last year, and the BlackBerry KEYone, and Aurorasmartphones this year.

Buy
Read detailed BlackBerry Priv review
BUY AT
[“Source-gadgets.ndtv”]
Android Be BlackBerry Getting Last Nougat Priv Update Won't Years: 2017-09-11
Loknath Das
to in With for and of on India The Launched at Samsung Launch A iPhone Android Galaxy More Apple Rs New Be 7 Price Google