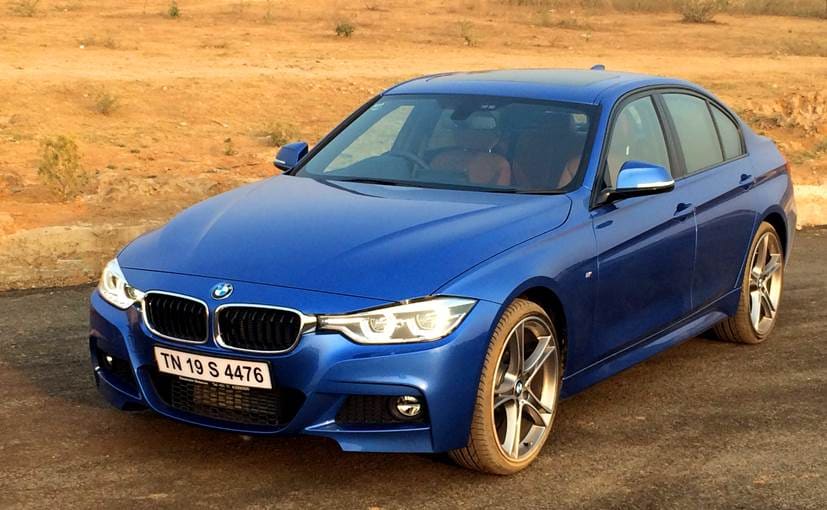 BMW has driven in the facelifted 3 Series sedan to India. True to the Germans the facelift is so subtle that you will have to look very closely to identify the changes. Most noticeable is the more pronounced and wider pattern to the LED daytime running lights in a now all-LED headlight cluster. You also get broader side air intakes and new bumpers front and back. The rear taillights are also full Led and have been revised too.

Besides the Prestige base trim, and the Sport & Luxury Lines, BMW has introduced a new trim on the 3 Series with this launch – the M Sport, which draws some styling cues from BMW’s M range of performance sedans. This is only superficial though and does not translate in to any change in either engine output or driving dynamics. Since the M Sport carries 18″ alloys with low profile tyres as standard – I have to say its ride is somewhat hard. The Prestige trim has 16″ while the Sport and Luxury Lines have 17″ wheels.

Apart from the minor styling changes, you also now get a new colour – Estoril Blue, head-up display and navigation only on the M Sport trim. I am not so sure about the head-up display, but navigation shouldn’t just be on the top trim, since a lot of people do now like to use it. It may be wise for BMW to consider offering at least navigation across the range – or at least as an option. The other grouse I have – like other BMW’s this one too doesn’t have a reverse camera on it. C’mon folks – reverse cameras are now becoming hygiene on mass car offerings too! On the new M Sport variant you also get new leather upholstery, an M badged leather steering wheel, front sports seats and the additional Sport+ mode. The car has the updated new 2 litre twinpower turbo diesel engine with 190 bhp on tap. The peak torque of 400 Nm is ample, and kicks in generously early at 1750 rpm. The 8 speed gearbox remains quick and very responsive.

The new 3 Series has been launched at a starting price of 35.90 lakh for the Prestige trim, 41.50 lakh for the Sport/Luxury Lines, and 44.50 lakh for the top-of-the-line new M Sport variant. BMW India has said it will bring in a petrol variant later in the year.

[“source-auto.ndtv”]
3 BMW Facelift Review Series 2016-03-12
srijita
to in With for and of on India The Launched at Samsung Launch A iPhone Android Galaxy More Apple Rs New Be 7 Price Google