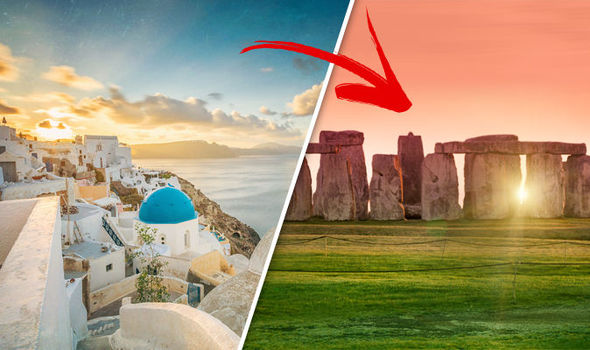 Announcing year-on-year increases of 55 per cent increase in currency sales made online for the year to 31 March and of 47 per cent for April to date, the Post Office said that the April surge comes at a time when sterling has recovered from its 2016 low point last October. The UK’s largest provider of foreign currency reports that only two of its top 40 bestselling currencies currently remain stronger against sterling than six months ago.

Andrew Brown of Post Office Travel Money said: “Sterling’s recovery comes at a good time as the holiday season gets underway in earnest but it is also true that there was no sign of a slowdown in currency sales in the first three months of the year when the pound was weaker. This is a clear indication of how resilient consumer demand is for foreign holidays.

“We have seen healthy levels of growth in sales for two-thirds of our 20 bestsellers including the euro and dollar and only marginal falls for the remainder. At the same time, there has been double-digit percentage growth for 18 of our 20 fastest growing currencies, two-thirds of which are for some of the world’s most exotic destinations.”

While Post Office Travel Money reports year-on-year growth of six per cent in January-March sales of the euro, its bestselling currency by far, there have been bigger increases for other European currencies – most notably the Turkish lira. A 46 per cent rise in lira sales suggests Turkey is recovering from depressed holiday demand last year as currency purchases are now close to January-March 2015 levels.  Sterling’s strength against the lira – up almost 15 per cent year-on-year and 25 per cent on October 2016 – could be a factor.

Eastern European holidays look set to flourish as currency sales continue to gain ground for city break favourites Budapest and Prague, and the Balkans beach resorts of Bulgaria and Croatia. Bulgarian lev sales have surged 33 per cent to make the lev the Post Office’s fifth fastest growing currency at a time when the latest Post Office Holiday Costs Barometer found Bulgaria’s top resort, Sunny Beach, to be the best value European beach resort.  Croatian kuna sales are also on the rise (+18 per cent) for the sixth year running.

City breaks are now the most popular type of holiday and both Budapest and Prague are benefiting.  An 18 per cent rise in forint sales puts the Hungarian currency into its highest ever position in the Post Office top 20 (14th) and within spitting distance of the Czech koruna (13th, sales up 9 per cent).

Two-thirds of currencies in the table of 20 currencies showing the biggest growth in 2017 are for long haul destinations. Sales have risen 60 per cent year-on-year for the Indonesian rupiah, which has moved up from fifth place last year to top the chart now. Two other Far Eastern currencies have also gained ground – the Malaysian ringgit (+33 per cent, 6th place) and Vietnamese dong (+17 per cent, 14th place) – suggesting Bali, Malaysia and Vietnam are attracting more tourists at the expense of Thailand, where sales of the Thai baht have fallen.

Where is best for the holiday pound?

Seven of the 10 currencies against which sterling is performing best compared with a year ago are European ones. While the Turkish lira is the only European currency weaker than last April (-14.8 per cent), the Swedish kronor is worth just 1.2 per cent more against sterling than a year ago and a range of other European currencies, including the euro, are only 4.6-5.6 per cent stronger.  Further afield, sterling is 1.1 per cent stronger year-on-year against the Malaysian ringgit while it is 5.1 per cent weaker against the Chinese yuan than last April.

All 10 of these currencies have weakened against sterling since its low point in October 2016. Aside from the pound’s six-month 25 per cent gain against the Turkish lira, the biggest recovery of 11 per cent has been against the Hungarian forint.

Where has the pound lost most ground?

The four currencies that have strengthened most against sterling also did so in October 2016 when the last Holiday Money Index was published.  However, increases of 23.8 per cent for the Russian ruble, 19.1 per cent for the South African rand and 18.9 per cent for the Brazilian real should be viewed in the context of the big sterling gains made against them between 2015 and 2016.  The fourth currency to have strengthened most year-on-year is the Icelandic krona (-19.8 per cent) but this is part of a longer growth trend. Since 2012 the krona has risen in value over a third against the pound but, despite this, it is again one of the Post Office’s Fastest Growing Currencies, with sales up 18 per cent year-on-year.