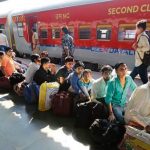 Nativism, the cry for job protection of locals, is rearing its head again in India. The newly elected government of Andhra Pradesh has just passed the Andhra Pradesh Employment of Local Candidates in the Industries/Factories Bill, 2019. As per this law, 75% of jobs in industries are to be reserved for locals. Madhya Pradesh is mulling over a similar law. ... END_OF_DOCUMENT_TOKEN_TO_BE_REPLACED

LinkedIn users were surprised to see that Google was looking for a replacement for CEO Sundar Pichai. If you are among the ones who spotted this dream job then we must be the bearer of bad news and say that that replacement notification on LinkedIn was fake. The job was posted by an online recruiter from Netherlands, Michel Rijnders, who ... END_OF_DOCUMENT_TOKEN_TO_BE_REPLACED

SAN FRANCISCO: To the surprise of millions of LinkedIn users, the high-profile job of Google CEO Sundar Pichai was up for grabs on Microsoft-owned professional networking platform and some wannabes even applied to become what would be a dream job on Earth. Later, LinkedIn accepted it was actually a security bug that let users post an official-looking job opening on ... END_OF_DOCUMENT_TOKEN_TO_BE_REPLACED

CHENNAI: Japanese automobile giant Nissan Motor Corporation’s announcement of plans to cut over 12,500 jobs globally has provoked intense speculation in the country on where the axe will fall in its Indian operations. While in their announcement made on Thursday, Nissan has not listed the 14 sites or locations where it will cut the jobs, there are reports circulating that 1,700 jobs will be lost ... END_OF_DOCUMENT_TOKEN_TO_BE_REPLACED

Google agreed to pay $11 million to end a lawsuit accusing the internet giant of discriminating against older job applicants, a deal that amounts to an average payout of more than $35,000 for 227 people who joined the class action. The settlement also calls for the Alphabet Inc. unit to train employees and managers about age bias, to create a committee ... END_OF_DOCUMENT_TOKEN_TO_BE_REPLACED

Chinese telecoms giant Huawei, which is subject to US sanctions over concerns about its ties to the government in Beijing, is planning to make major job cuts at its US operations, The Wall Street Journal reported. The layoffs are expected at Huawei’s US-based research and development arm, Futurewei Technologies, the paper reported, citing unnamed people familiar with the situation. The ... END_OF_DOCUMENT_TOKEN_TO_BE_REPLACED

An LGBTI job fair, billed by organisers as the first such event in India, attracted more than 250 people on Friday looking for employment with companies including Intel, Goldman Sachs and Uber. The event in the southern city of Bengaluru comes after India’s Supreme Court overruled a law banning homosexuality in 2018, which the organizers said now enables companies to ... END_OF_DOCUMENT_TOKEN_TO_BE_REPLACED 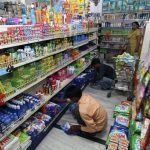 A sale season would mean hundreds rushing into retail outlets to buy products. With each departmental store having an average of three cashiers, it would often be a serpentine queue to buy a product. However, a noticeable trend over the past four to five years is that, on one hand, the number of people queuing up is going down while ... END_OF_DOCUMENT_TOKEN_TO_BE_REPLACED

A Deutsche Bank employee in Bengaluru told Reuters that he and several colleagues were told first thing that their jobs were going. (Reuters) Summoned by HR to be handed a Deutsche Bank envelope, many of its staff across the world then left their desks for the last time on Monday, shown the door by their German employer within hours of ... END_OF_DOCUMENT_TOKEN_TO_BE_REPLACED