Global tech giants including Facebook and Twitter on Thursday expressed concern about a possible Singapore plan to bring in a new law to tackle the threat of fake news, saying sufficient rules are already in place. Officials of Facebook, Twitter and Google attended a parliamentary hearing on how to counter the threat that Singapore said it was particularly vulnerable to due to its size, its role ... END_OF_DOCUMENT_TOKEN_TO_BE_REPLACED 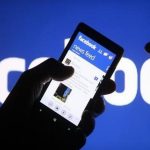 Facebook was warned in 2011 of the loopholes exploited by UK data firm Cambridge Analytica (CA) but said it saw no need to change its policies, an Austrian privacy campaigner said on Wednesday. Max Schrems, an activist who has brought several cases before European courts to strengthen data protection online, said that the controversial data harvesting methods at the centre of the current ... END_OF_DOCUMENT_TOKEN_TO_BE_REPLACED

In a clear message to news publishers, a top Facebookexecutive has emphasised that it is not their job to recruit people from media organisations for the content on the social media platform. At the “Code Media 2018” conference in California organised by the famous tech portal ReCode, Facebook’s Head of News Partnerships Campbell Brown said “her job is to make sure ... END_OF_DOCUMENT_TOKEN_TO_BE_REPLACED

HIGHLIGHTS Twitter live-streamed footage from Miami’s WSVN 7 channel The media outlet was covering the shooting at a Florida school Twitter to partner regional news stations to select the footage In a bid to stop the spread of fake news, Twitter will soon live stream news, in a window next to the users’ timelines, whenever a major incident takes place. In a ... END_OF_DOCUMENT_TOKEN_TO_BE_REPLACED

The European Commission said Thursday that certain social media companies need to do more to fully comply with EU consumer rules, singling out in particular Facebook and Twitter. “While Google’s latest proposals appear to be in line with the requests made by consumer authorities, Facebook and, more significantly, Twitter, have only partially addressed important issues about their liability and about how users are ... END_OF_DOCUMENT_TOKEN_TO_BE_REPLACED 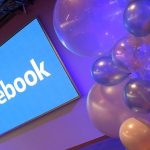 A long-running dispute over claims of censorship by Facebook came to a head in a French court on Thursday, with the social network denying it had deleted a user’s account because he posted a picture of a 19th-century painting of a woman’s genitals. “L’Origine du Monde” (The Origin of the World), an 1866 oil painting by the realist painter Gustave Courbet, might ... END_OF_DOCUMENT_TOKEN_TO_BE_REPLACED 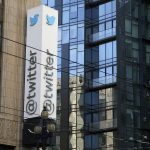 Twitter has launched “premium full-archive search endpoint”, a premium product for developers that will provide them access to the full Twitter archive, including the first tweet from its CEO Jack Dorsey in 2016. Starting Friday, the full archive search endpoint is available in beta for the developers’ community. This is the first time that this data is available outside of Twitter’s enterprise application ... END_OF_DOCUMENT_TOKEN_TO_BE_REPLACED

HIGHLIGHTS Telegram, Telegram X were removed citing “inappropriate content” CEO said that Telegram was working to put “protections in place” The apps were back within a few hours of removal After a brief disappearing act, popular messaging apps Telegram and Telegram X are now back on the Apple App Store. Both apps had been removed from the App Store on Thursday following the presence of inappropriate content, ... END_OF_DOCUMENT_TOKEN_TO_BE_REPLACED

HIGHLIGHTS The feature has been confirmed to be in testing A Story posted as a WhatsApp Status will be encrypted Facebook didn’t confirm if it would roll out the feature globally Facebook is running a small test to let users post their Instagram Stories directly to WhatsApp Status. The new feature will let users post decorated photos, videos, and GIF images from Instagram on WhatsApp, ... END_OF_DOCUMENT_TOKEN_TO_BE_REPLACED