The Xiaomi MIUI 9 7.12.28 update brings the significant change to Redmi 5, Mi MIX 2, and others HIGHLIGHTS Gesture based controls will arrive with MIUI 9’s global beta ROM Gesture controls will resemble the ones seen on iPhone X Other bug fixes will also be a part of the beta ROM Apple’s iPhone X, earlier this year, eliminated the need ... END_OF_DOCUMENT_TOKEN_TO_BE_REPLACED

HIGHLIGHTS Sony India has dropped the price on a host of PS4-exclusive games These are permanent price cuts They will be marketed under the term ‘PlayStation Hits’ Several PS4-exclusive games from Sony have received a price drop in India. Multiple retailers speaking to Gadgets 360 have confirmed that the likes of Horizon Zero Dawn, God of War 3 Remastered, and others will ... END_OF_DOCUMENT_TOKEN_TO_BE_REPLACED 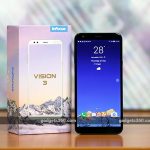 HIGHLIGHTS The Vision 3 sports 13-megapixel and 5-megapixel rear cameras The InFocus Vision 3 is priced at Rs. 6,999 The phone has sturdy construction and comes with good battery life In 2018, we can pretty much expect a majority of smartphones to sport trendy 18:9 displays. We’ve already seen this feature trickling down from the flagships that launched this year ... END_OF_DOCUMENT_TOKEN_TO_BE_REPLACED 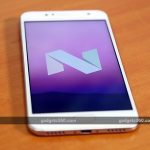 HIGHLIGHTS Intex Aqua Lions N1 was unveiled on Wednesday alongside the offer Two older Intex smartphones were also brought under Airtel’s offer Airtel previously partnered with Karbonn and Celkon Airtel has partnered Intex to bring three of the domestic brand’s smartphones under its Mera Pehla Smartphone initiative, which offers cashback to sweeten the purchase and lock customers onto the operator’s network. Thus far, ... END_OF_DOCUMENT_TOKEN_TO_BE_REPLACED

HIGHLIGHTS Pixel 2 offer includes a flat discount, apart from a card-based discount Flipkart’s Big Shopping Days sale will be held from Thursday There will also be discounts on iPhone 7 and Xiaomi Mi A1 The Google Pixel 2 is the company’s latest offering in the premium smartphone segment but the steep pricing has been putting off a lot of prospective buyers, ... END_OF_DOCUMENT_TOKEN_TO_BE_REPLACED

HIGHLIGHTS Games have to let users know the odds of getting rare items in loot boxes This is now required by Apple for games on the App Store It’s just a matter of time before other digital game stores follow suit Amidst the on going controversy surrounding loot boxes in video games courtesy Star Wars Battlefront 2, Apple has declared that games with loot ... END_OF_DOCUMENT_TOKEN_TO_BE_REPLACED

He already has millions of Twitter followers and has spoken of the wonders of new technology. Now the Dalai Lama has launched a new iPhone app so devotees can keep track of his travels and teachings. The 82-year-old Buddhist monk announced the new app, which will allow users to watch live video of his teachings, to his 16.6 million Twitter followers on Thursday. It promises official news, ... END_OF_DOCUMENT_TOKEN_TO_BE_REPLACED

Siemens is partnering with Amazon as it accelerates the rollout of its MindSphere industrial software platform, the core of its bid to dominate the market in digital factory automation. The German group’s next version of MindSphere, to be launched in January, will run on Amazon Web Services (AWS) – the most popular cloud system with industrial software developers. “Many customers appreciate it very much,” Siemens ... END_OF_DOCUMENT_TOKEN_TO_BE_REPLACED