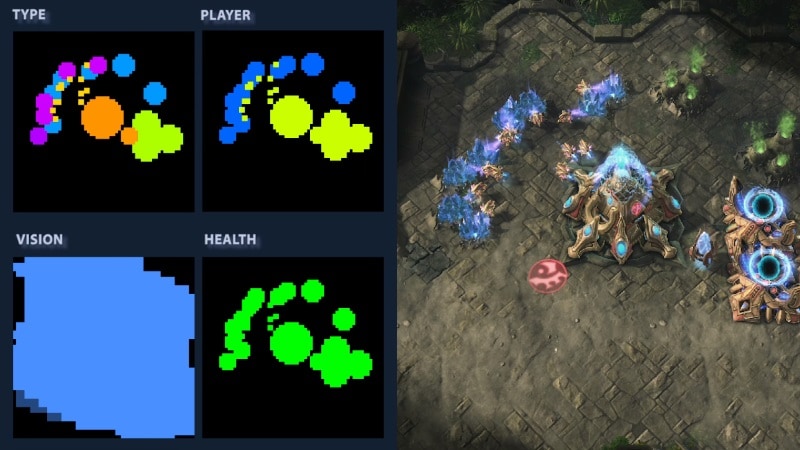 StarCraft II is a complex video game that requires much strategic skill, and as it turns out, it can even help developers in training artificial intelligence to learn the skills used by humans while playing the game. After announcing the collaboration last year, Google’s subsidiary DeepMind, which is known for its work in the field of AI, has now released a set of tools along with Blizzard Entertainment that are expected accelerate AI research with help from the real-time strategy game.

The set of tools released by DeepMind include several elements from the game that can help in development of artificial intelligence. This includes a large dataset of replays from StarCraft II that has been taken from professional matches and a set of mini-games that can help in development of AI in one particular aspect among the numerous elements within the game, as pointed out in a report by The Verge.

Among the released tools, there is an API that allows AI agents to play the game with same contraints as humans and the data collected is then passed on to the researchers. This means that the AI is not able to see the entire map or move within the map with as much swiftness as an agent can actually do.

“This API also exposes a sandbox for the community to experiment with, using both learning based AI and scripted AI to build new tools that can benefit the StarCraft II and AI communities,” Blizzard Entertainment said in its post regarding the release.

In its own blog post, DeepMind explains the reasons behind choosing StarCraft II as an AI research environment, “StarCraft and StarCraft II are among the biggest and most successful games of all time, with players competing in tournaments for more than 20 years. The original game is also already used by AI and ML researchers, who compete annually in the AIIDE bot competition. Part of StarCraft’s longevity is down to the rich, multi-layered gameplay, which also makes it an ideal environment for AI research.”

DeepMind says that one of the best learning policies for the AI agents is imitation learning. It says that the anonymised replays gathered from the StarCraft II will not only allow researchers to train supervised agents to play the game, but also open up other interesting areas of research such as sequence prediction and long-term memory.

“Our initial investigations show that our agents perform well on these mini-games. But when it comes to the full game, even strong baseline agents, such as A3C, cannot win a single game against even the easiest built-in AI,” DeepMind said in its blog post. It will be interesting to see how this collaboration will eventually help in the development of AI but it is bound be exciting and interesting.

[“Source-gadgets.ndtv”]
AI an Blizzard DeepMind Environment II Make Research StarCraft 2017-08-14
Loknath Das
to in With for and of on India The Launched at Samsung Launch A iPhone Android Galaxy More Apple Rs New Be 7 Price Google