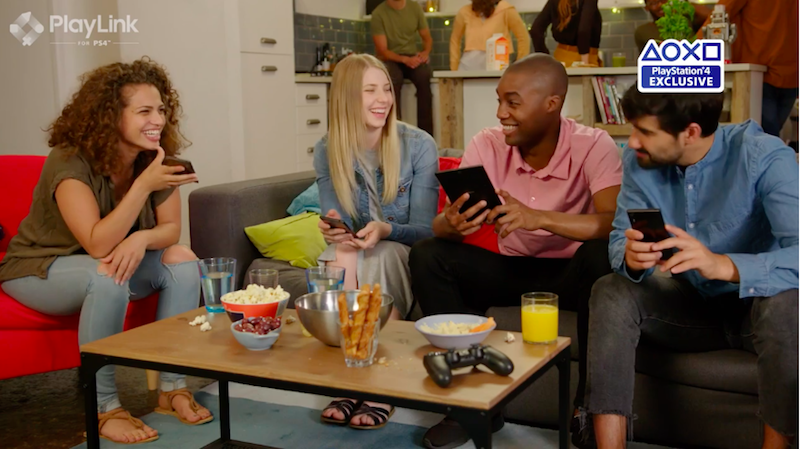 At the ongoing E3 2017 in Los Angeles, California, Sony announced some of its most anticipated games for PlayStation for the year including God of War, Spider-Man and Uncharted: The Lost Legacy, to name a few. Console titles aside, the company also introduced PlayLink, which allows users to play games with family and friends using their smartphones and tablets.

PlayLink is aimed at creating a fun, interactive way to play games in a social setting. Based on a video Sony released showcasing the feature, PlayLink requires a smartphone or tablet, a TV, and a PlayStation 4 console, which, when set up, lets you and your group of family or friends play interactive PlayLink titles.

“PlayLink games turn your smartphone or tablet into a versatile controller – you can swipe, pinch, drag, tilt, rotate or even snap selfies and draw crafty doodles, depending on the game. No matter which title you choose from our PlayLink collection, it’s guaranteed to be a slick pick-up-and-play experience,” Sony said in a blog post.

PlayLink titles range from crime thrillers to quick-fire quizzes. In one of the videos, for example, you see a group of people playing That’s You! – a quiz-based app that “challenges you and up to five friends to get personal and find out what you really think about each other.” This will be one of the first titles for PlayLink and will be available for PlayStation Plus members for free starting July 4.

Another video shows a crime and narrative-based game called Hidden Agenda that allows up to six people to join in. The game requires the players to make tough, quick decisions as the story progresses, which will also influence the way the game moves forward.

Sony sees PlayLink as something that can come in handy during social gatherings as well as rope in new players to video games. It also reminds one of Jackbox Games’ Party Pack multi-platform social games. Some other PlayLink titles that can be expected soon include Knowledge is Power, Frantic, and SingStar Celebration.