Effective Parenting In A Blended Family 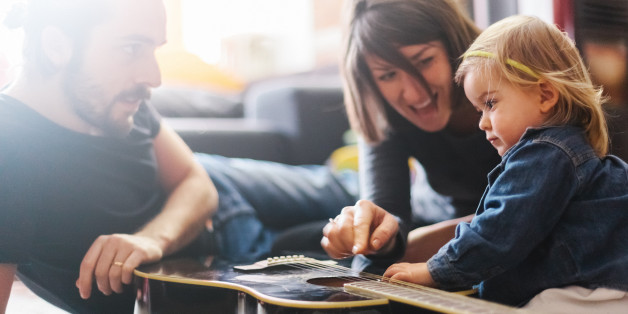 A blended family includes children from a previous marriage of one spouse or both, and being a parent or step parent in these circumstances presents its own unique challenges and rewards.

While you don’t necessarily have to rewrite your parenting rules in blended family, it is important to quickly establish a clear role for the new step parents.

If, for example, their initial role is to be just ‘a friend’ to their new stepchildren, and not be too involved in day-to-day parenting activities, then it won’t be appropriate for them to discipline the children.

However, if the adults agree that the step parent should take on a fully active parenting role, then it’s up to the two of them to define the rules within their own home and family.

When ‘parenting’ a child that isn’t your own it is important to take time in the first instance to build a relationship. However, once you become established in the family, then the step parent should be able to apply the same rules as the parent in the household.

I encourage couples to define the extent of boundaries in their own homes and support each other. So for example, if the rule is ‘no phones at the table,’ then the stepparent should feel confident in reminding the children of this.

You can only control what happens when the children are with you – if you try and impose rules on other families (and exes) then you are bound to fail.

The important issue is consistency when the children are with you. If you have bed time at 9pm, but they’re allowed to stay up later at their other parents, then you just have to stick to what you believe is fair and keep imposing the same rules.

Of course you can communicate with the other parent if you have a good relationship, which is not often, but experience suggests in most cases they are unlikely to agree with you.

Children are very good at adapting to and dealing with different house rules. They already cope with separate rules at home and school, but it sometimes takes a little longer to establish house rules if they are different in each home.

Children should be taught to abide by the rules of the house they are staying in. So, if Dad says ‘you can’t go online in your bedroom, even if you can at Mum’s,’ then that’s the rule.

If one parent doesn’t want phones at the table for example, then they need to tell all the children who are staying in the house and be consistent in applying the rule.

If you have your own biological children and your stepchildren come to stay for a weekend, it would be unfair if you let them do things your own children weren’t allowed to do, and vice versa. As a result, it is really important to have clear rules and boundaries and be consistent and fair to all of the children.

If at all possible, separated parents should share their views with each other on what they think is acceptable and unacceptable regarding online viewing and other electronic activities.

Ideally they will try and maintain the same rules for the children, but in my experience this is often not the case and one parent is usually more liberal than the other.

I would advise parents to be careful that they are not doing something to try and ‘win’ points in any way in an attempt to make the other parent look bad. Try instead to understand why the other parent has made a rule, and decide if there might be a good reason before you overturn it in your own home.

It is incredibly difficult to deal with a situation where one parent doesn’t want their child to have an underage social media account or play video games that are too old for them, and the other parent lets them.

In this circumstance try and explain to your children why you have a particular rule and that you don’t think it is safe for them.

I would also speak with the other parent and try to reach a compromise, but this can often be difficult, particularly if there is still bitterness and anger following the breakup.

It is the same with games. If you are concerned, then you will need to talk to your ex about this. If things are still difficult between you then it might be worth considering a mediator who can help find some sort of compromise.