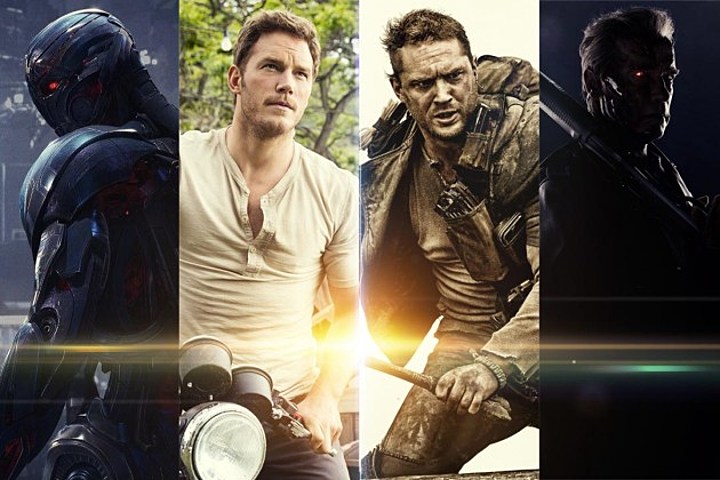 Hollywood. Like its Indian cousin, or a successful drug dealer, it pushes a lot of product. Some of it make the grade; others sadly don’t. Here are five movies to watch out for this month, and one you probably shouldn’t as a bonus. You can thank us by treating us to popcorn. Or nachos. Yeah, let’s go with nachos.

After having enthralled readers for decades, Stephen King’s classic tale of the fight between good and evil is coming to a theater near you. Set across multiple worlds, The Dark Tower is the story of a mysterious Gunslinger, Roland Deschain, and his eternal conflict with the Man in Black, as the latter spreads chaos and destruction. With a stellar cast including Idris Elba as Deschain and Matthew McConaughey and spectacular visuals, this promises to be a battle you don’t want to miss.

Call her Blonde, Atomic Blonde. Lorraine Broughton of Her Majesty’s secret service is the most lethal assassin in MI6, and she’s on a mission. Follow the sexy and savage spy as she heads to Berlin on an assignment that will test every ounce of skill and wits this atomic blonde possesses. With Oscar-winner and head turner Charlize Theron portraying this female James Bond, in a cast that includes the likes of James McAvoy and John Goodman, you’ll be shaken and stirred.

Ryan Reynolds delighted audiences around the world with his turn as Deadpool, the world’s deadliest (and dirtiest) hitman. This time around he’s on the other side of the law, a law enforcement agent assigned to protect his nemesis, a hitman, played by the incomparable Samuel L Jackson. With a star-studded cast, including Gary Oldman and Salma Hayek, great action and even greater comedy, this is going to be one killer movie, pun totally intended.

After scaring the hell out of audiences with The Conjuring, Parts 1 and 2, and admittedly less so with the spin-off Annabelle, distributors Warner Bros. are hoping the fourth film of The Conjuring series will give you a new set of chills. A prequel to the other three movies, Annabelle: Creation is the origin story of that creepy doll, and while it doesn’t feature any of the original cast or main crew, initial reviews promise a return to form and a must-watch for horror buffs. And look out, she’s right behind you!

While he still may be grumpy about James Bond, nobody can deny Daniel Craig’s acting chops. The actor has essayed a number of roles very different to 007 and his role in Logan Lucky promises just that. The luckless Logan brothers, Jimmy (Channing Tatum) and Clyde (Adam Driver) decide to try and change their fortunes by planning a robbery during a legendary NASCAR race. Their adviser for this elaborate scheme? The pretty eccentric and utterly psychotic Joe Bang, played by an almost unrecognizable Craig. With Stephen Sodhberg, director of the blockbuster Ocean’s 11, 12 and 13 heist series, at the helm, Logan Lucky ought to steal your attention.

They say Hollywood can turn anything into a movie. Boy, were they right. Following up the success of the Lego movies, producers decided what everyone wanted to watch next is The Emoji Movie. We wish we were kidding. We guess they wrote the script on Whatsapp or Facebook Chat? In any case, a presumably forced against his will James Corden stars in this animated tale of, well, emojis, and their feelings or whatever. Maybe just skip this one huh?