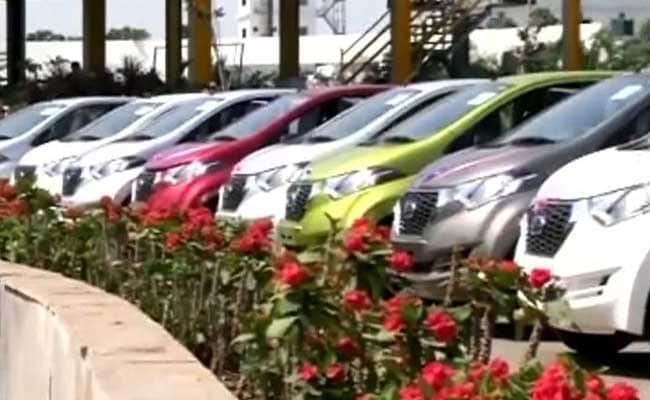 Chennai: Low fuel prices coupled with an accommodative monetary policy from the Reserve Bank of India (RBI) is what credit rating agency Fitch Ratings expects to support demand for passenger vehicles in 2017.

According to Fitch, the demonetisation of 500/1,000-rupee notes would impact sales of luxury cars and not sales of other automobiles — two wheelers, small cars and commercial vehicles.

“Undeclared income is less often used to buy small cars, and two-wheeled and commercial vehicles, so sales of these are likely to stabilise quickly once the liquidity situation in the economy is restored in the near future,” Fitch said on Wednesday.

“We expect PV (passenger vehicles) sales to increase by seven per cent – nine per cent, after rising 12.3 per cent YoY (Year-on-Year) in April-September 2016, due to improving consumer confidence, new model launches and the lifting of a ban on the sale of diesel cars in Delhi,” Fitch said about 2017 sales outlook for automobiles.

According to Fitch, the rollout of the Goods and Services Tax (GST) in its current form would be largely price neutral because the proposed rates are in line with the existing level of taxes.

Fitch expects auto sales to benefit from India’s strong gross domestic product (GDP) growth, which the agency forecasts at 6.9 per cent in the fiscal year ending March 31, 2017, (FY17) and 7.7 per cent in FY18.

The credit rating agency said sales of medium and heavy commercial vehicles (MHCV) rose about 30 per cent YoY in FY16, although they decreased slightly by 1.2 per cent YoY during April-September 2016.

Fitch expects MHCV sales to improve with progress on stalled infrastructure projects and gradual recovery in mining activity after metal prices bottomed out in 2016.

The agency said MHCV sales to benefit from buying ahead of an expected increase in prices when new emission standards (BS IV) are implemented from April 1, 2017.

Fitch expects light commercial vehicles (LCV) sales to continue to rise, and a significant demand boost if the GST — which will create an unified national market that would allow more efficient movement of goods — is rolled out in April 2017 as planned.

Similarly, sales of two-wheelers would continue to rise due to rise in public sector wages and healthy rural spending.

Two-wheeler exports are likely to remain subdued due to macroeconomic weakness in Latin America and Africa, following a 12.4 per cent YoY decline in April-September 2016.

Many companies, including Maruti Suzuki, Toyota and Royal Enfield, have announced plans to expand capacity, which will increase capex.
[“source-ndtv”]