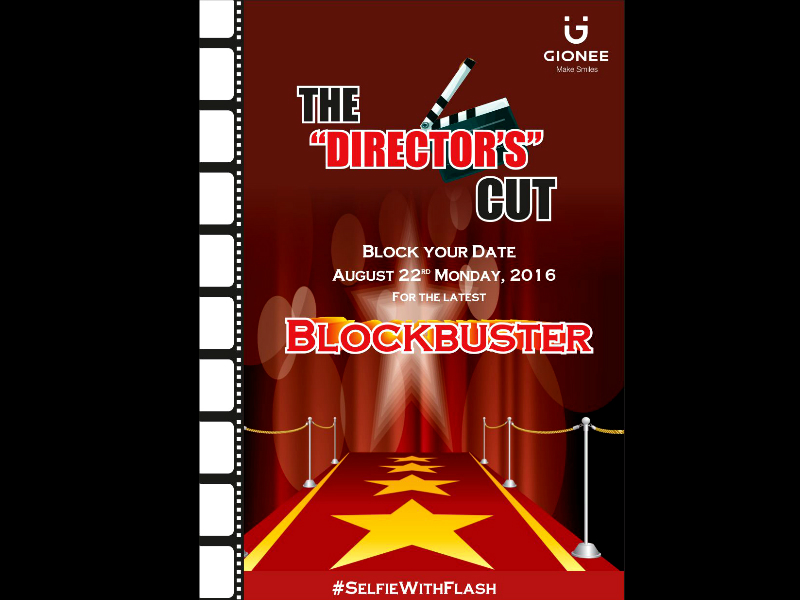 Gionee has sent out press invites for an event on August 22 in India. The invite bears the hashtag #SelfieWithFlash, hinting that the company will launch a new smartphone in the Indian market.

The Chinese smartphone manufacturer is widely expected to launch a selfie-centric smartphone in its S-series lineup. This month, other Chinese OEMs like Oppo and Coolpad have launched selfie-focused smartphones in India, and it looks like Gionee wants to follow the same path. Just to recap, Oppo launched the Oppo F1s for Rs. 17,999, while CoolPad launched the Coolpad Mega 2.5D for as low as Rs. 6,999.

The Gionee M6 Plus is the larger variant, with a 6-inch full HD (1920×1080 pixels) Amoled display. The smartphone sports a 16-megapixel rear camera with dual LED flash, and an 8-megapixel front camera. The battery offered is at 6020mAh.

[“source-gadgets.ndtv”]
22 Announces August Gionee India Launch of on Selfie-Focused Smartphone 2016-08-15
srijita
to in With for and of on India The Launched at Samsung Launch A iPhone Android Galaxy More Apple New Rs Be 7 Price Google