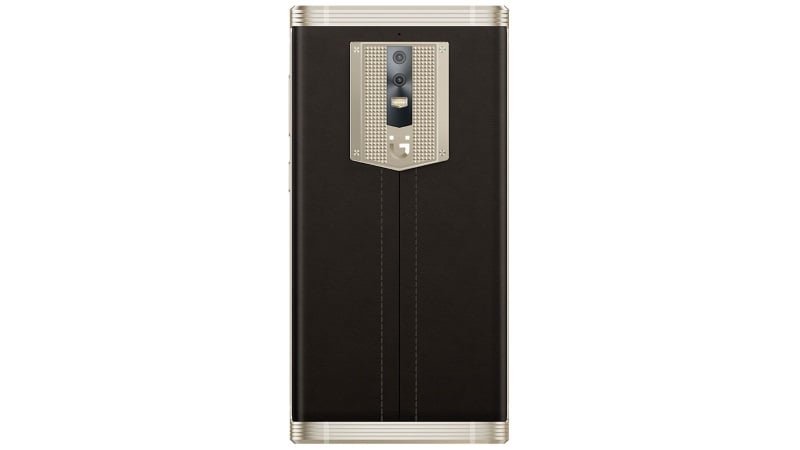 Gionee has launched its M2017 premium smartphone in China and the smartphone has been made available with a hefty base price of CNY 6,999 (roughly Rs. 68,400) in the country. As of now, the company has not disclosed whether the phone will be made available in other regions or just stay exclusive to China. Another version with a Italian custom alligator leather back panel costs CNY 16,999 (roughly Rs. 1,66,000) The smartphone is up for pre-orders in China, but Gionee’s website is already showing the phone as “Fully Booked”.

Even though Gionee M2017 packs several interesting features, probably the most interesting is its battery capacity. The phone comes with two 3500mAh batteries inside, providing total battery capacity of 7000mAh, which come with support for Quick Charge 3.0. The company claims that the phone gives a video playback time of up to 25.89 hours and a standby time of 915.42 hours.

The dual-SIM Gionee M2017 sports a 5.7-inch QHD (1440×2560 pixels) Amoled display with curved edges, sapphire glass, and an impressive pixel density of 518ppi. The phone is powered by an octa-core Qualcomm Snapdragon 653 (four Cortex-A72 cores clocked at 1.95GHz and four Cortex-A53 cores clocked at 1.44GHz) SoC coupled with 6GB of RAM. The phone runs Amigo 3.5 UI based on Android 6.0 Marshmallow.
In terms of optics, the phone comes with a dual-camera setup (12-megapixel + 13-megapixel) at the rear end, with support for 2X optical zoom and 8X digital zoom, and an 8-megapixel camera at front for taking selfies. The Gionee M2017 is available with inbuilt storage of 128GB but there is no microSD card support for expandable storage.
The Gionee M2017 measures 155.2×77.6×10.78mm and weighs 238 grams. The smartphone features a fingerprint scanner at front for advanced security and comes with a textured back for premium feel. The connectivity options for the phone include 4G, GPS, Bluetooth, and Wi-Fi. Interestingly, the phone doesn’t come with a 3.5mm headphone jack, but only sports a USB Type-C port. It is available in a Black and Gold colour variant.

As there has been no official statement from the company regarding the matter, we will have to wait and see if Gionee M2017 is able to make its way out of China to other territories or not.