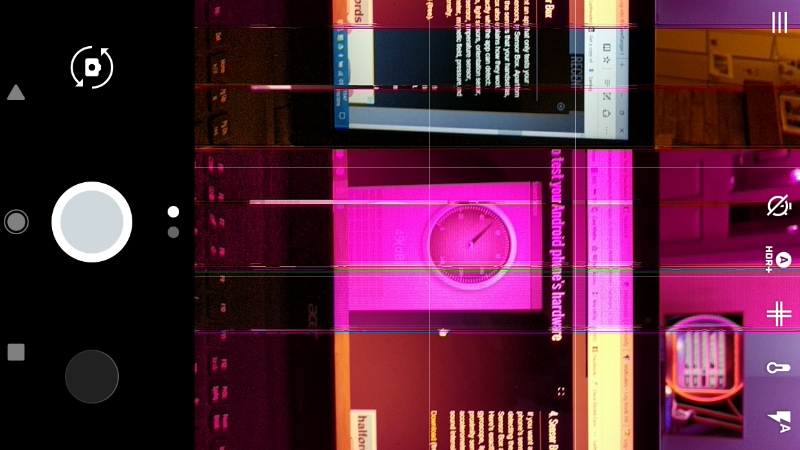 Ever since the Google Pixel and Google Pixel XL phones have been shipped, the tech giant has been busy resolving issues based on user complaints on its product forums. The latest one to crop up pertains to the camera again, and this time the abnormality causes the phone to freeze up completely.

Apparently, while launching the camera app, the phone sporadically freezes without any warning. A user wrote on the Google Product Forums page that pink and purple vertical lines show up on the screen though not every time. The phone can only be brought out of its coma through a hard reboot by long pressing the power and volume down key.
He was told by Google to clear his cache and factory reset the device, or even try to use the phone in safe mode to see if the issue goes away, but nothing seems to work. After his complaint, many users replied to the thread claiming that they were plagued with the same issue. Some users even reported that it was more persistent during low network regions, and that the issue disappears completely when the camera app is used in Airplane mode. However, when the phone freezes, only a soft reset brings the Pixel phone back to normalcy, albeit temporarily.
Google knows about the issue, and even replied to the thread to say it was working on the issue and will alert the affected user via email. However, there has been no update on the thread confirming that the issue has been resolved or not. Let’s hope that Google throws more clarity on the matter soon, and if the issue is not fixed, it will solve it via a software update at its earliest. Earlier, the Pixel phones were reported to have a flare issue in the camera app as well. Some users even reported a Bluetooth pairing issue with cars, and LTE connectivity issues were also experienced by many users.
[“source-ndtv”]