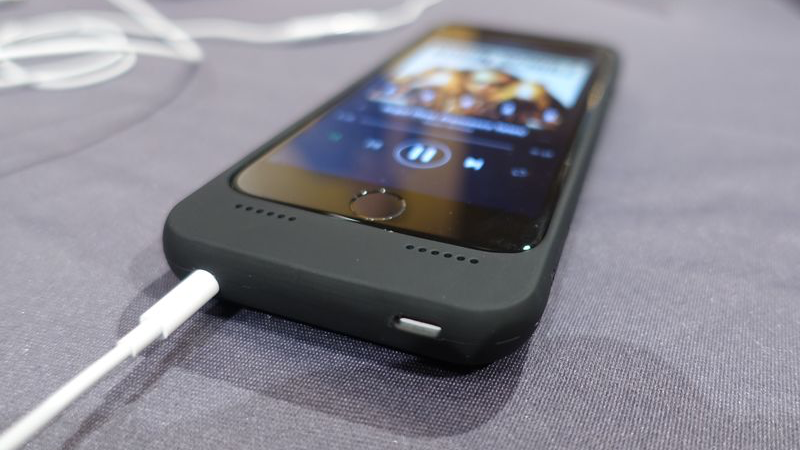 Griffin is a popular accessory maker for gadgets including Apple’s iPhone. It makes tough cases like the Griffin Survivor, and was acquired by Incipio in August 2016.

On Wednesday, the parent company had unveiled an iPhone 7 case that adds the 3.5mm headphone jack that isn’t present in the smartphone. Alongside, Griffin at CES 2017 has shown off the Reserve, that not only adds the 3.5mm jack, but also a battery pack for additional power.

The 3000mAh unit inside the case is roughly 1.5x bigger than the 1960mAh unit that drives the iPhone 7. Safe to say that the Griffin Reserve should be able to charge the phone fully from zero at least once.
Obviously, the Griffin Reserve will be thicker than the Incipio Ox mentioned above, and has Apple’s MFi certification, meaning it is officially supported to be used with an iPhone. At $99 (roughly Rs. 6,700), it costs the same as Apple’s official battery pack. It is said to be available in the second quarter of 2017.

If you’re interested in battery cases, and don’t care much about the dearly-departed 3.5mm headphone jack, there are some others that you may want to check out as well. For example, Mophie’s Juice Pack Air other than doubling the battery on your iPhone 7, also lets you charge the phone wirelessly using any popular wireless charging standard like Qi, etc. This of course, is not the true wireless charging that the iPhone 8 is rumoured to have, but requires contact with a surface like a charging pad.

[“source-ndtv”]
3.5mm 3000mAh 7 A Adds and Battery Case Griffin Headphone iPhone Jack Reserve to Your 2017-01-07
srijita
to in With for and of on India The Launched at Samsung Launch A iPhone Android Galaxy More Apple Rs New Be 7 Price Google