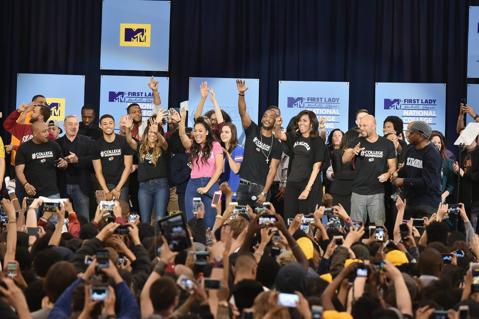 The summer blockbuster season has officially kicked off with the release of Guardians of the Galaxy Vol 2. and it is booming.

After one week of non-domestic box office action and it’s first few days in U.S. theaters, the Marvel sequel has already become the sixth biggest film of the year globally with a take of $427.6 million.

It’s highly likely and has been expected, that Guardians of the Galaxy Vol 2. will join March’s Beauty and the Beast and April’s The Fate of the Furious on the list of movies that bank over $1 billion at the worldwide box office this year. Both those films are still on general release and have pulled in $1.19 billion and $1.16 billion to respectively and audiences are still flocking to them en masse.

However, in the crowded and coveted summer season, that $1 billion target is perhaps even more prestigious. I’ve taken a look at the six summer movies that I feel are most likely to hit that commercial sweet spot and walk away with the lion’s share of box office receipts.

Guardians of the Galaxy Vol 2. (Disney)

With a global take after just one week of being in the world’s theaters in most major territories, Guardians of the Galaxy Vol 2. has already taken well over 50% of the total box office, $773.3 million, achieved by Guardians of the Galaxy during its entire run in 2014. With a domestic opening weekend of an estimated $145 million, that’s 54% higher than the 2014 runaway hit and the second biggest of 2017 so far, the $1 billion target is clearly in sight.

The Spider-man movies have, unadjusted for inflation, taken $3.96 billion at the worldwide box office but to date, despite there being five films in the franchise, none of them have managed to take $1 billion on their own. It’s hoped this latest franchise reboot, and with the stronger ties to the rest of the MCU, this latest incarnation could be the one to join the other four Marvel movies that have take $1 billion at the global box office – those four are The Avengers, Avengers: Age of Ultron, Iron Man 3 and Captain America: Civil War.

Pirates of the Caribbean: Dead Men Tell No Tales (Disney)

Lapped up by audiences but maligned by critics, the Transformers movies we’ve had so far have taken $3.78 billion at the worldwide box office. The most successful,Transformers: Dark of the Moon, amassed a haul of $1.12 billion in 2011 with the most recent entry, Transformers: Age of Extinction, not far behind with $1.2 billion. Two major factors in this banking the billion will be the foreign markets, especially China, as well as the loyalty of audiences when Spider-Man: Homecoming and Despicable Me 3open domestically in the following weeks, hot onTransformers: The Last Knight’s tail.

You might be surprised to learn that the only one of the three Despicable Me movies to make $1 billion at the worldwide box office was the 2015 prequel, Minions – 2010’s Despicable Me took $543.1 million while Despicable Me 2, in 2013, pulled in $970.8 million. It’s worth noting that the films have had increasing success in non-domestic markets and have seen steady increases from film-to-film with Minions taking $1.16 billion. All bodes well for Despicable Me 3 which sees attention shift back from the Minions to Gru and his family.

War for the Planet of the Apes (Fox)

Simon Thompson is a freelance film & entertainment journalist, broadcaster and producer. From the UK, but now living and working in LA, he can be found on Twitter and LinkedIn.

[“Source-forbes”]
'Apes': 'Guardians' 1 Billion From Make Movies Over Set six summer to 2017-05-09
Loknath Das
to in With for and of on India The Launched at Samsung Launch A iPhone Android Galaxy More Apple Rs New Be 7 Price Google