BEEBE PLAIN, Vt. — Brian DeMoulin inherited a home 30 years ago and is reluctantly putting it on the market.

“Have a look at my stone house,” he told CBS News. “There’s the border post.”

He also showed us what makes the residence so special.

“This is the stairway that leads to the Canadian apartments,” DeMoulin said.

You heard him right. His house is literally in two places at once: Beebe Plain, Vermont, and Stanstead, Quebec, Canada. 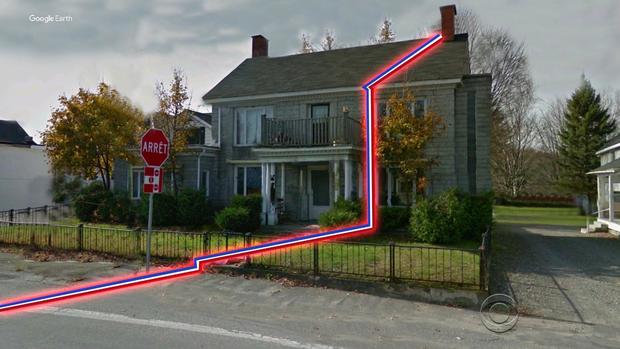 The tape on the floor in the upstairs room indicates approximately where the border runs through it. Selling a home that straddles two countries is proving to be quite a challenge. 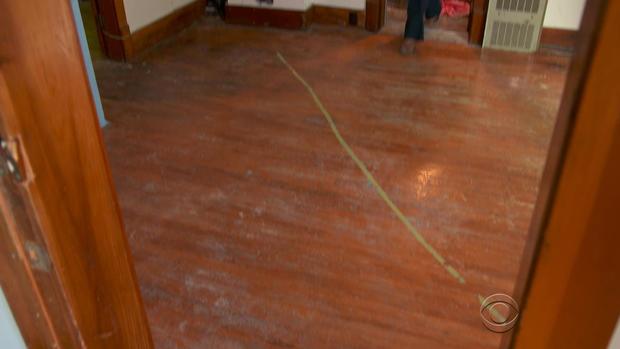 Tape on the floor of the home depicts where Brian DeMoulin thinks the U.S.-Canada border runs.

“It makes it more difficult because I have to make sure they have the right customs papers to own the property,” she said. “I’ve had calls from Lebanon, I’ve had calls from Cuba, L.A. Most of the people are interested in a restoration project.”

The historic home was built in the early 1800s as a place to ease commerce between both countries. The nine-bedroom, five-bath estate is listed at $109,000 dollars.

There is one sticking point. 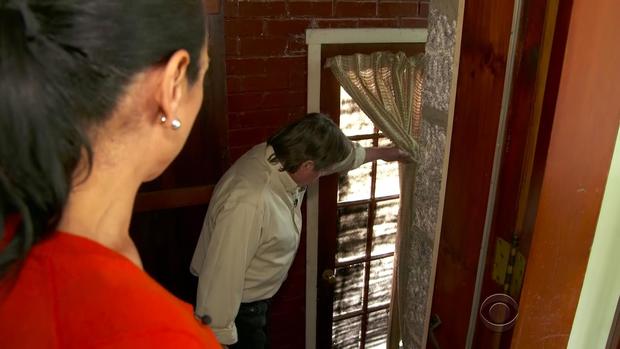 DeMoulin says one door in the residence has to absolutely stay bolted shut at all times.

“You step out that door and you’re in Canada off the property and subject to be arrested,” DeMoulin said.

Border patrol offices for both nations are right across the street. U.S. Customs and Border Patrol Agent Troy Rabideau spoke with CBS News.

“It’s always something we need to be cognizant of who’s coming in who’s going out. We do a pretty good job of monitoring it,” Rabideau said.

“I have a wonderful relationship with both sides,” DeMoulin told us. “I feel equally U.S. and Canadian.” 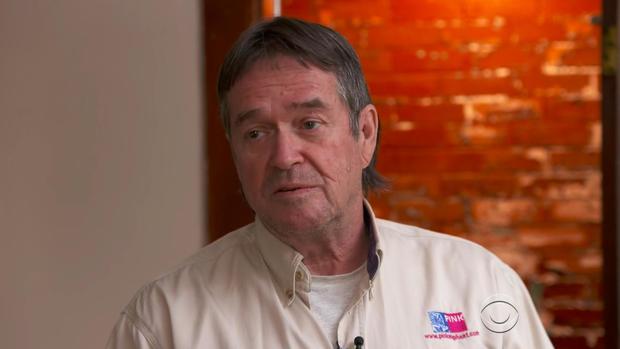 DeMoulin has dual citizenship, but that perk won’t come along with the deed.

And there is no avoiding property taxes. Both the U.S. and Canada will come calling.