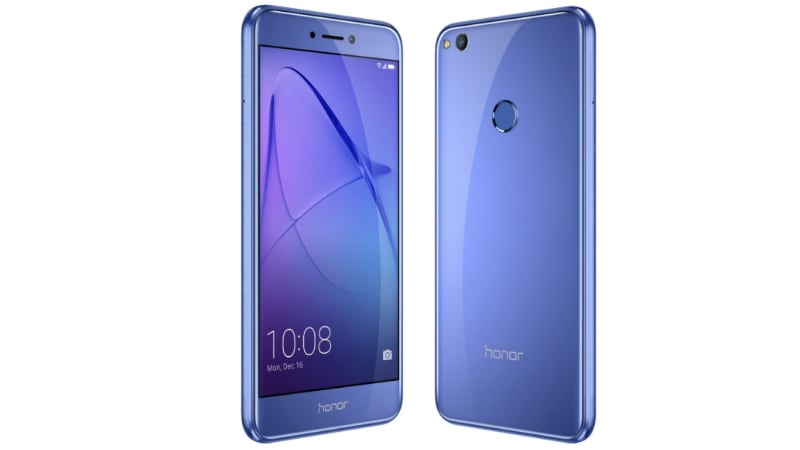 Finland site Suomimobiili reported of this development in the country. The Honor 8 Lite, specifications wise, is very similar to the refreshed Huawei P8 Lite (2017) launched recently, albeit with minute differences. One of the big highlights of the Honor 8 Lite is that it runs on EMUI 5.0, based on Android 7.0 Nougat out-of-the-box.
As for specifications, the Honor 8 Lite features a 5.2-inch full-HD (1080×1920 pixels) display with 2.5D curved glass protection. It is powered by the company’s in-house Kirin 655 octa-core CPU paired with 3GB RAM. Just to compare, the Honor 8 sports a Kirin 950 SoC with 4GB RAM. The smartphone offers 16GB of internal storage with the option to further expand it via microSD card (up to 128GB).

As for optics, the Honor 8 Lite sports a 12-megapixel camera with f/2.2 aperture and autofocus. At the front, there is an 8-megapixel selfie camera as well with a 77-degree wide-angle lens. The smartphone packs a 3000mAh battery and comes in four colour options – Black, Blue, Gold, and White. However, the report claims that the company will make available only the Black and White variant right now and launch the Gold variant sometime in the end of the month. The Blue variant will be launched sometime in March. There’s no word yet on availability in international markets.
[“source-ndtv”]

7.0 8% Android Honor Launched Lite Nougat Octa-Core SoC With 2017-02-03
srijita
to in With for and of on India The Launched at Samsung Launch A iPhone Android Galaxy More Apple Rs New Be 7 Price Google