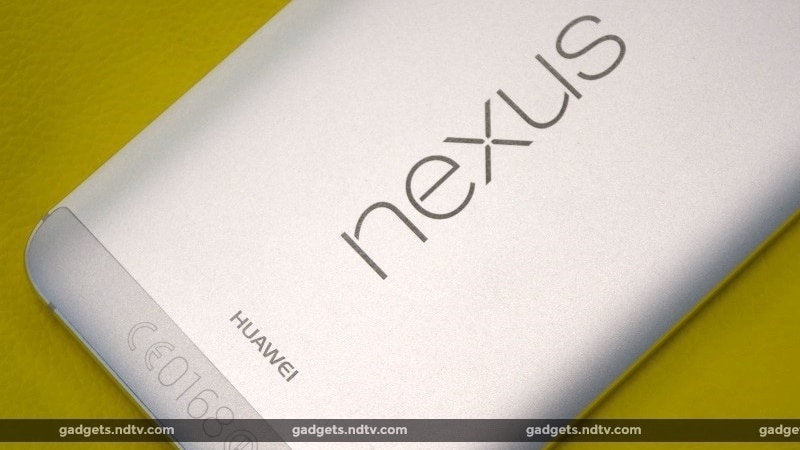 A new report claims Google’s partnership with Huawei has been unsteady, adding that while the Chinese telecommunications giant was originally due to produce the Pixel smartphones, it backed out once Google said the OEM logo would not be placed on the smartphones.

According to a report by Android Police, which cites a source familiar with Huawei’s operations, Google made the decision to have more control over its hardware this year. This eventually led to Google doing away with the Nexus lineup in place of Pixel, which is expected to be unveiled on Tuesday. Google initially had Huawei in mind for its 2016 devices which included the Pixel devices, but later went with HTC (a rumour that has since been unconfirmed). But for Huawei, the partnership with Google would have allowed the Chinese smartphone maker to break into the US market.

The report adds that during the Nexus 6P project, Google had told Huawei that the phone would be sold in all four major US carriers. This was a tempting offer for a company that was looking for the best way to enter the US market. However, though the Nexus 6P supported all the four carriers, the device itself was not sold by any of them.

Google would later reportedly agree to partner with Huawei to spend hundreds of millions of dollars in advertising campaign for the Nexus 6P. It was a promise that also fell through. Finally, Google laid out the roadmap for 2016, where it included Huawei to build the Pixel phones. Google’s condition here, however, was that the Pixel phones would be Google-branded with no mention of Huawei’s logo or name on the devices.

Huawei didn’t appreciate Google’s offer and dropped out of contention, while HTC apparently won the race. Rumours began of HTC-made Nexus phones under the codename of ‘Marlin’ and ‘Sailfish’.

By dropping out, Huawei lost out on a chance to finally make a mark in the US market. The company would eventually enter the market with the Honor 8, but the phone failed to make a significant impact.
Though Huawei may have lost out on the Pixel smartphones, the company is still very much in partnership with Google and rumours of a Huawei-made Pixel tablet are still going strong. Reports last week suggest that Google’s new Andromeda operating system will be released with Huawei’s 7-inch Pixel tablet, now tipped for a Q3 2017 launch.

It is still unclear on whether Huawei has any future plans with Google or if the third largest smartphone maker plans to go solo in its attempt to break into the US market.

On a separate note, HTC’s name has so far not been associated with the Pixel devices which only means the smartphones are entirely Google’s own products and the tagline ‘Made by Google’ for the Pixels only adds to the fact.