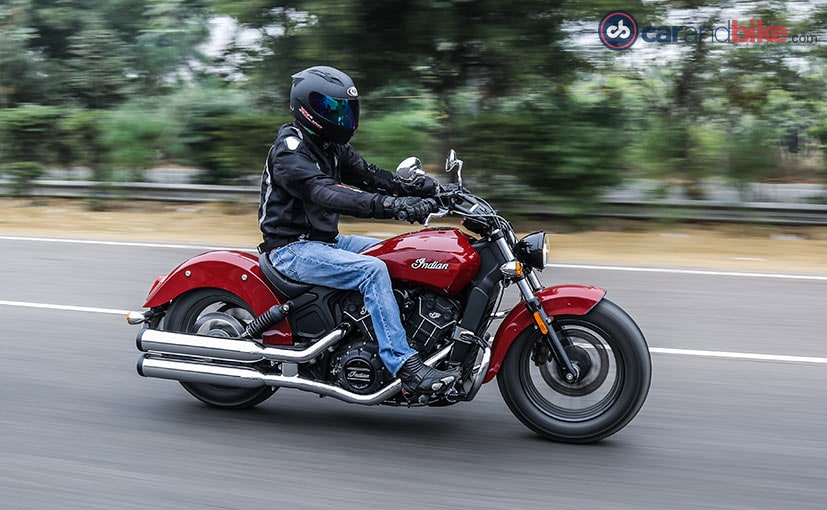 The name ‘Sixty’ in the new Indian Scout Sixty is derived from its engine displacement; so the 999cc v-twin (or 60 cubic inches as the Americans describe it), has made the newest Indian the Scout ‘Sixty’. It’s the entry-level cruiser from Indian Motorcycle, and sits just below the Indian Scout. Does it have the same qualities as the Scout? We swing a leg over the Indian Scout Sixty. 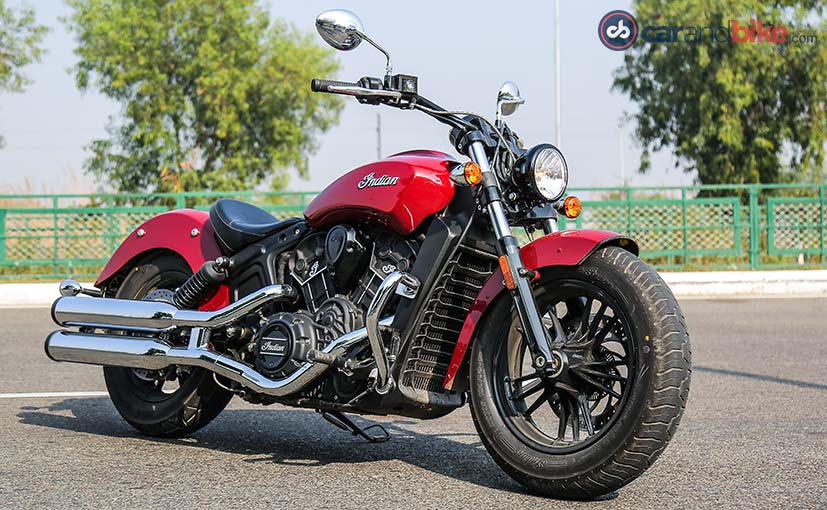 In terms of looks, the Scout Sixty looks identical to its bigger sibling, the only visible difference being the emblem on the fuel tank which misses the ‘Scout’. While the Scout gets some chrome inserts in the engine exterior, the Scout Sixty’s engine is completely blacked-out, that is the only visual difference.

The bike retains the muscular, low slung silhouette with its chunky tyres and fat fenders adding extra muscle to the overall look. A single-pod instrument console displays a large, analogue speedometer with a small LCD screen displaying distance-to-empty readings, digital rev counter and trip meter. A fuel gauge is missed; but what you do get is a low fuel warning light. 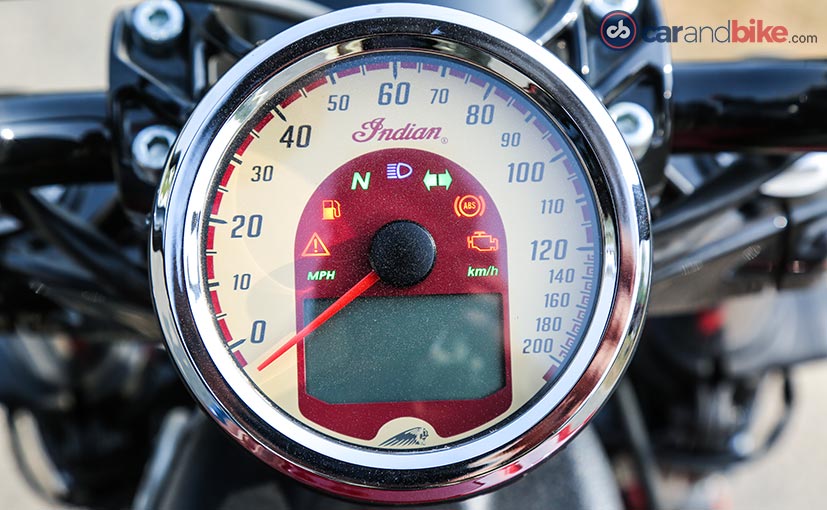 The riding posture is identical to the Scout – you sit low on the bike, on the vinyl solo bucket seat and the foot pegs are spread out wide and set forward with the wide handlebar making a comfortable riding position. Mechanically, the only changes in the Scout Sixty are a slightly smaller engine and the transmission, which now has one gear less than on the Scout. 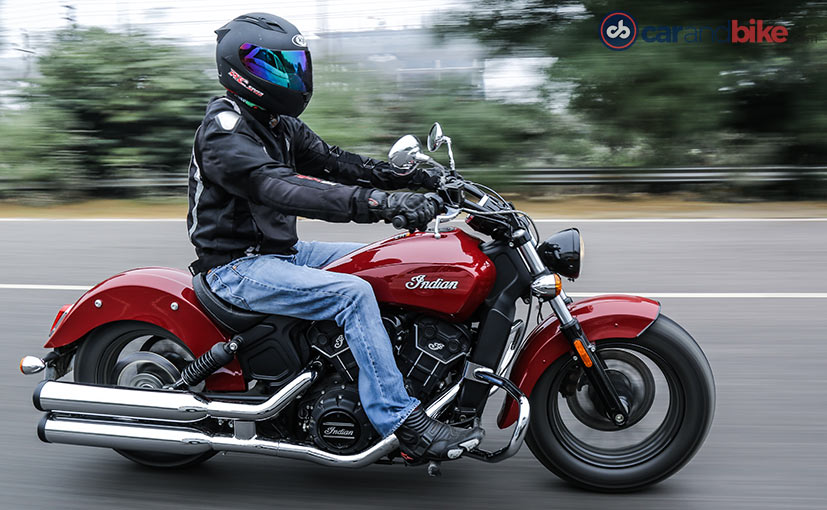 The 999cc v-twin makes 78bhp of power, and 89Nm of torque peaking at 5800rpm. There’s ample pulling power and impressive acceleration as you work through the five-speed transmission. The torque is spread out over a broad range of revs, so there’s enough grunt when you open the throttle, making for entertaining performance. The five-speed gearbox clicks with precision and smoothness, and finding neutral is a ‘no-problem’. The final drive is belt-operated so that means a smooth and noiseless ride and less maintenance. 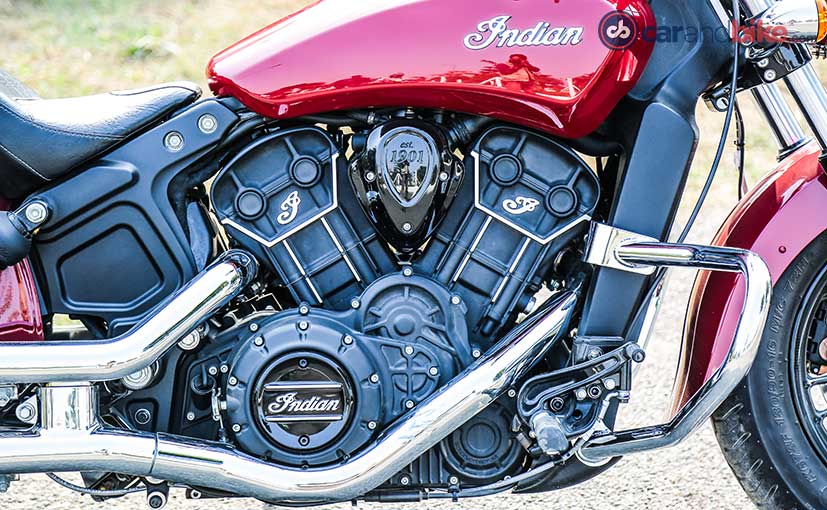 But what really stands out is the refinement of the engine, which despite the marginal displacement drop, pulls cleanly and without any sense of clatter or vibration. In fact, in performance and handling, the Scout Sixty retains the similar characteristics of the Scout, without the maddening rush of power the bigger Scout is known for. But that doesn’t mean the Scout Sixty is lacking in any way; whether you’re a new rider or a seasoned motorcyclist, the Scout will certainly not disappoint. 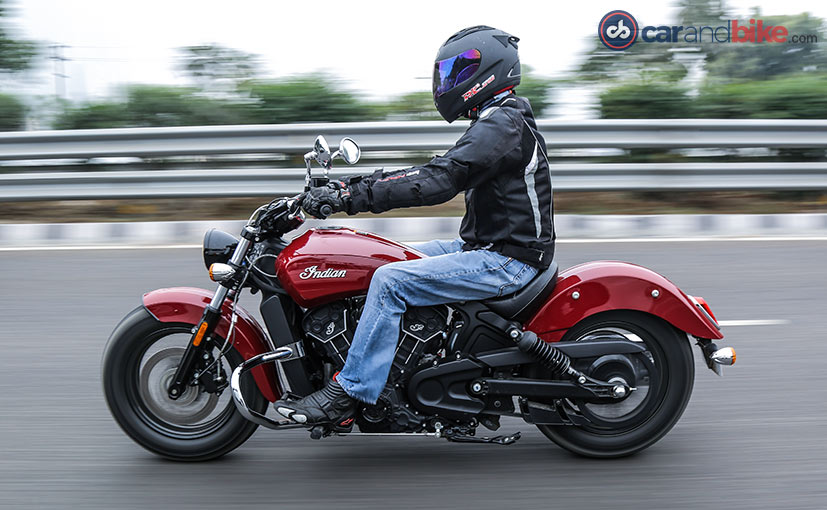 The suspension is a bit on the stiffer side and although handling is taut, the ride quality isn’t exactly plush. Show a set of corners and it’s evident that the Scout Sixty isn’t meant for tackling corners aggressively, with the foot pegs scraping before the chassis loses its composure. The bike doesn’t exactly wallow over a set of twisties, but the pegs limit the lean angle.

At around 250kg weight, it isn’t exactly a light cruiser either and the turning radius could become a bother in tight spots. But if you stick to what it’s designed to do; languid cruising and the occasional weekend jaunt, then the Scout Sixty comes across as a very well put-together motorcycle. 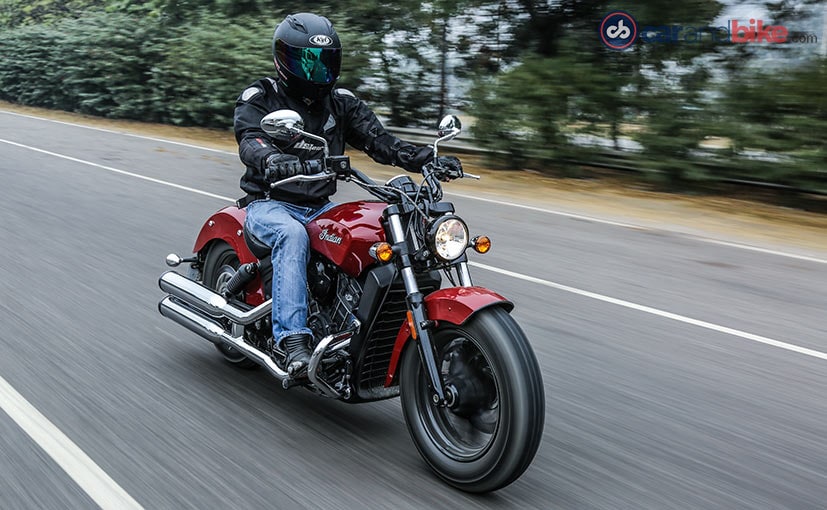 It’s the entry-level Indian, although at Rs 11.99 lakh (ex-showroom Delhi), the Scout Sixty can hardly be called entry-level. For that kind of money, what it offers is a premium cruiser, for the weekend ride, or even the Sunday breakfast ride; if that is the kind of riding you intend to do. It may not be perfect, and it may have its limitations, but to me, the Scout Sixty leaves its imprint as just a very nice bike.