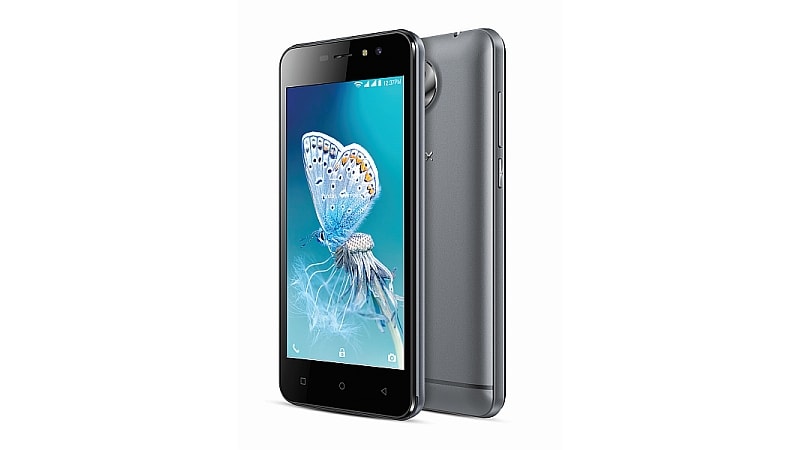 Intex on Tuesday launched the successor to its Aqua Amaze smartphone, called the Aqua Amaze+. Priced at Rs. 6,290, the Aqua Amaze+ will be available to buy from Intex retail stores in Black, Blue, and Grey colour variants – the company said.

The Intex Aqua Amaze+ is a 4G VoLTE-enabled smartphone, its highlight at this price point, apart from a front flash module. The dual-SIM smartphone runs Android 6.0 Marshmallow, and sports a 4.7-inch HD (720×1280 pixels) IPS display. It is powered by a 1.3GHz quad-core Spreadtrum SC9832A SoC coupled with 1GB of RAM.

The smartphone sports 5-megapixel sensors on both its front and rear cameras, and both also feature flash modules. The Intex Aqua Amaze+ comes with 8GB of inbuilt storage that’s expandable via microSD (up to 64GB). As for connectivity options, the smartphone supports 4G VoLTE networks – though other connectivity options haven’t been detailed, it should bear standard options of Wi-Fi, Bluetooth, GPS, FM radio, and Micro-USB.

Commenting on the launch of Aqua Amaze+, Nidhi Markanday, Director & Business Head, Intex Technologies, said, ‘At Intex, we are constantly upgrading our products and services. By launching Aqua Amaze+ we are creating a reflection of our users’ desires to meeting their needs. In this handset, we have offered a HD display quality, which will give users a high-resolution experience, making the viewing angles absolutely heavenly. We are happy to launch this 4G-enabled smartphone for our users and are confident of expanding our reach.”