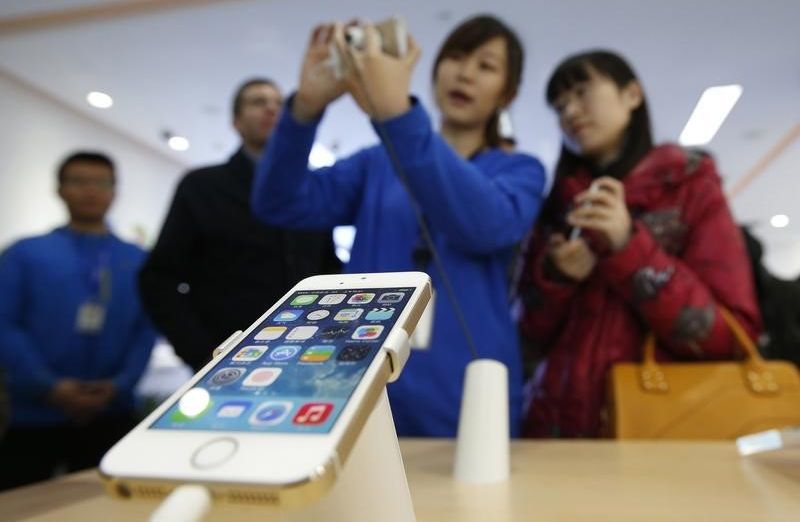 Apple’s iPhone 8 may feature an iris-scanner which can be considered as the biggest highlight of the upcoming iPhone models. 2017 is already being considered an important year for the iPhone as it marks Apple’s tenth anniversary of the launch of the original iPhone. Additionally, the 5-inch model of the iPhone has been rumoured again to launch this year.

The iPhone 8 has already been rumoured to come with some major upgrades including featuring an OLED display and support wireless charging. Now, Digitimes citing supply chain sources claims that iPhone 8 may feature iris-scanner technology. It’s worth noting that the iris-scanner technology made headlines when it made debut on the Samsung Galaxy Note 7, which has been now discontinued.

The new report once again reiterates that Apple will start getting supply of components early this year citing industry sources. It adds that Apple has requested its chip and component suppliers to “start trial production, inspection and prepare inventories” for the new iPhone 8 models earlier than usual. The report further adds that Apple will start working on OLED panel bonding for the iPhone 8 by end of the first quarter. Much like before, Apple has ordered OLED panels from Samsung Display.
Separately, a Japanese report once again tips that a 5-inch iPhone model may be unveiled this year alongside the regular iPhone models. There have been earlier leaks pointing to existence of a 5-inch iPhone model believed to debut this year. The new Japanese report cites “reliable sources in Taiwan.” It further adds that only the all-glass model of the iPhone this year – expected to be the top-end iPhone 8 or iPhone X that’s expected to cost over $1,000 – will be the only model supporting wireless charging. To recall, the all-glass body was last used on the iPhone 4S and it’s widely expected to make a comeback.

The report adds that Apple will not include the wireless charging support (in the form of an inductive charging mat) in the box, but that users will have to buy it separately. Finally, the Japanese report indicates that the Cupertino giant will not bundle the Lightning-to-3.5mm headphone jack adapter in the box.

In past few years, Apple has unveiled new iPhone models in the month of September and the Cupertino-based giant is yet again expected to debut the iPhone 8 in September 2017.

[“source-ndtv”]
5-Inch 8% A Comeback iPhone Iris-Scanner; Make Model Said Sport Tipped to 2017-02-14
srijita
to in With for and of on India The Launched at Samsung Launch A iPhone Android Galaxy More Apple Rs New Be 7 Price Google