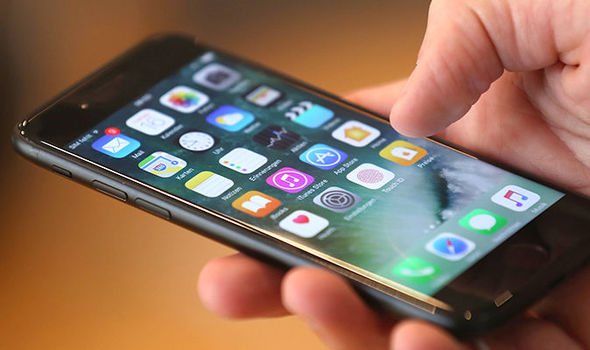 iPhone owners should not close their open apps, it could cost them battery life
If you own an iPhone, you’ve probably heard the myth that closing down all of your open iOS apps will save battery life.

Whether the theory actually works has long been a topic for debate amongst iPhone owners.

However, we may finally have a definitive answer to the question.

Experts have warned users that there is no need to force quit your iPhone apps – done by double-tapping the Home Button and then swiping-up on the previews of open apps.

It’s a great way to shutdown a malfunctioning or crashed app. But the myth that it’ll help to eke-out a few more hours battery life is completely false.

Not only is force quitting your apps in this manner unnecessary, it’s actually detrimental.

Swiping-up on opens apps will force quiet them [APPLE]
Renown Apple pundit John Gruber has addressed the much-debated issue in a blog post on DaringFireball.

“The iOS system is designed so that none of the above justifications for force quitting are true,” he wrote in the post.

“It is so good at this that unfreezing a frozen app takes up way less CPU (and energy) than relaunching an app that had been force quit. Not only does force quitting your apps not help, it actually hurts.

“Your battery life will be worse and it will take much longer to switch apps if you force quit apps in the background.”

When you swipe-up to force quit an app, the iPhone needs to open software from scratch next time it’s launched.

That is more resource-intensive than simply resuming the same app from a frozen state.

The post on DaringFireball is far from the first time that Apple customers have been told not to bother force quitting any apps they’re not currently using.

EXPRESS NEWSPAPERS
In the email shared with technology blog 9to5Mac, an Apple customer asked CEO Tim Cook if he regularly quits his iOS apps and whether it is necessary to help the phone last the day.

In a short email, Mr Federighi – who looks after the development of iOS, the operating system that powers Apple’s iPhone and iPads – simply said: “no and no”

He then added, “Thanks for being an Apple customer.”

Apple’s support pages also reinforce that the battery saving myth is nothing more than an urban legend.

“Generally, there’s no need to force an app to close unless it’s unresponsive,” it reads.

“They’re in an efficient standby mode to help you navigate and multitask.”

Apps that appear to be running in the multitasking view are actually frozen and will use very little – if any – power.

The biggest battery drain on your smartphone are apps that constantly perform background operations, like checking your GPS location, or notifications.

Asking your chosen iOS email client to check for new mail every few minutes will quickly eat away at your remaining battery, for example.