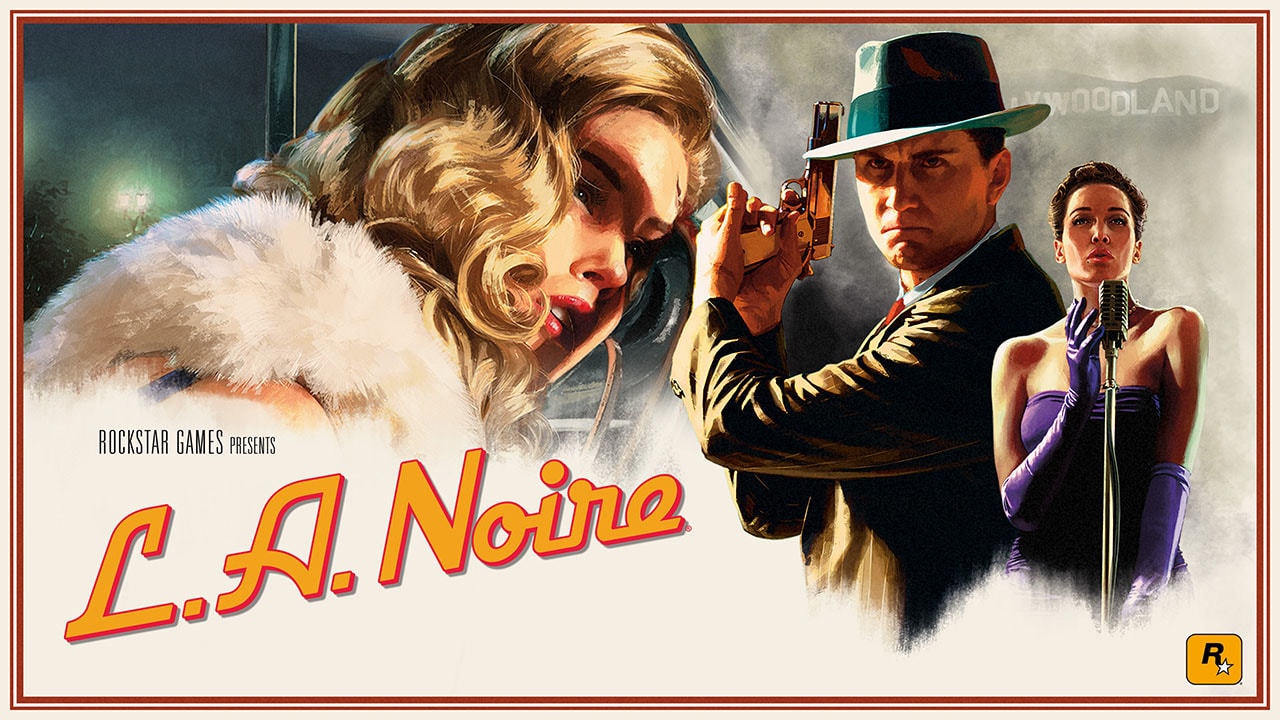 Post-WWII Los Angeles. Moral ambiguity and crime abound. A sincere, hard-working detective on the rise. It’s L.A. Noire, the 2011 film-noir inspired game from the now defunct Team Bondi, published by GTA maker Rockstar Games, and now re-released for a new generation of consoles: Nintendo Switch, PlayStation 4, and the Xbox One. Those with 4K TVs can enjoy it on their PS4 Pro or Xbox One X, thanks to graphical upgrades on both versions.

The Switch version of L.A. Noire, on the other hand, doesn’t have that luxury, given the Nintendo console’s limited horsepower. You get 720p on the go, and it bumps up to 1080p when docked. It looks just like the original release did on PC, PS3, and Xbox 360, though you do get all existing downloadable content (DLC) as part of the package. The real upgrades are in the way the game makes use of the Switch’s unique hardware features, including the Joy-Con’s gyroscope, HD rumble, and touch-screen controls.

When docked, you can rotate the Joy-Con to turn over objects and corpses. If you’re playing in handheld, you’ll only notice the latter two changes. The controllers vibrate when you get close to a clue during an investigation, and you can use the touch-screen to look around a crime scene, study objects and corpses, or interact with the detective’s notebook.

A big concern is the game’s size. L.A. Noire on the Switch is a 27GB download if your purchase it on Nintendo eShop, which means you’ll definitely need a microSD card. Even if you buy it on cartridge, you’ll need to download 14GB, since Rockstar opted for the smaller 16GB Switch cartridge. This is starting to become routine with big titles on the Switch – from Doom to Skyrim – and we can only hope that publishers will opt for the 32GB cartridge whenever possible. Until then, having a large-enough microSD card is pretty much a requirement with Nintendo’s handheld. 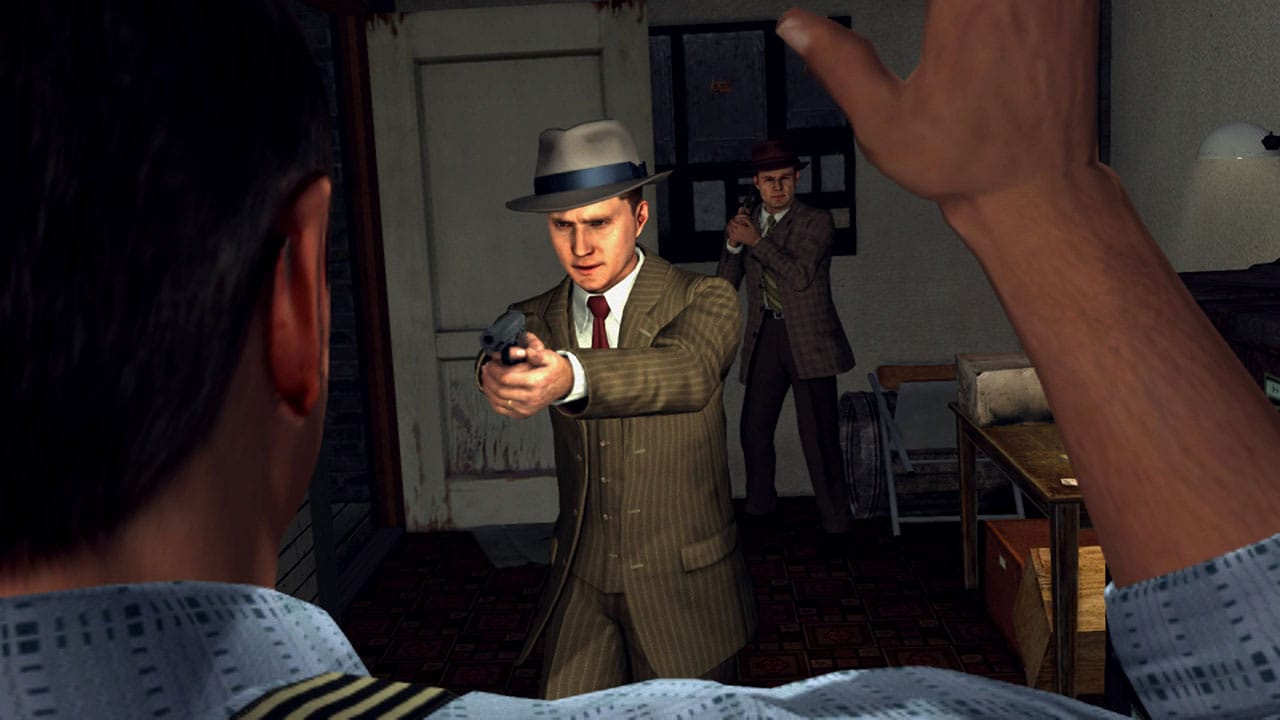 Strangely enough, L.A. Noire is larger in size on the Switch than both PS4 (18GB) and Xbox One (17GB), which is mind-boggling considering it gives you 4K assets on the latter. It’s not clear why that’s the case, and Virtuos (the developer behind the new ports) hasn’t commented on this issue. Moreover, the Nintendo version of the game faces the so-called “Switch tax” – cartridges cost more to publisher than Blu-rays – which means L.A. Noire is priced at $50 (about Rs. 3,250) on the Switch, compared to Rs. 2,500 on PS4 and Xbox One.

On top of all this, the Switch port of L.A. Noire doesn’t perform well, with frame-rate randomly dropping well below 30 fps. The game begins to crawl now and then, with characters moving in slow-motion for a few seconds before everything returns to normal. It’s nearly as bad as GTA IV on PC, and that’s not acceptable. When it’s running how it should be, it has the same issues as on older consoles, with texture pop-in and a general lack of detail in the environment.

L.A. Noire does still deliver where it counts. The game received a lot of praise for its use of MotionScan – the special mo-cap technology developed by Team Bondi’s sister company, Depth Analysis – at launch, which was crucial to the detective work, as you’ve to read people’s reactions to decide whether they’re lying or not. It’s still great, even if the visuals around it don’t live up to today’s expectations.

The reply options have been changed though. Instead of Truth, Doubt or Lie, they now read Good Cop, Bad Cop, and Accuse, which is closer to the sometimes psycho behaviour of L.A. Noire’s primary protagonist, Detective Cole Phelps (Mad Men’s Aaron Staton). 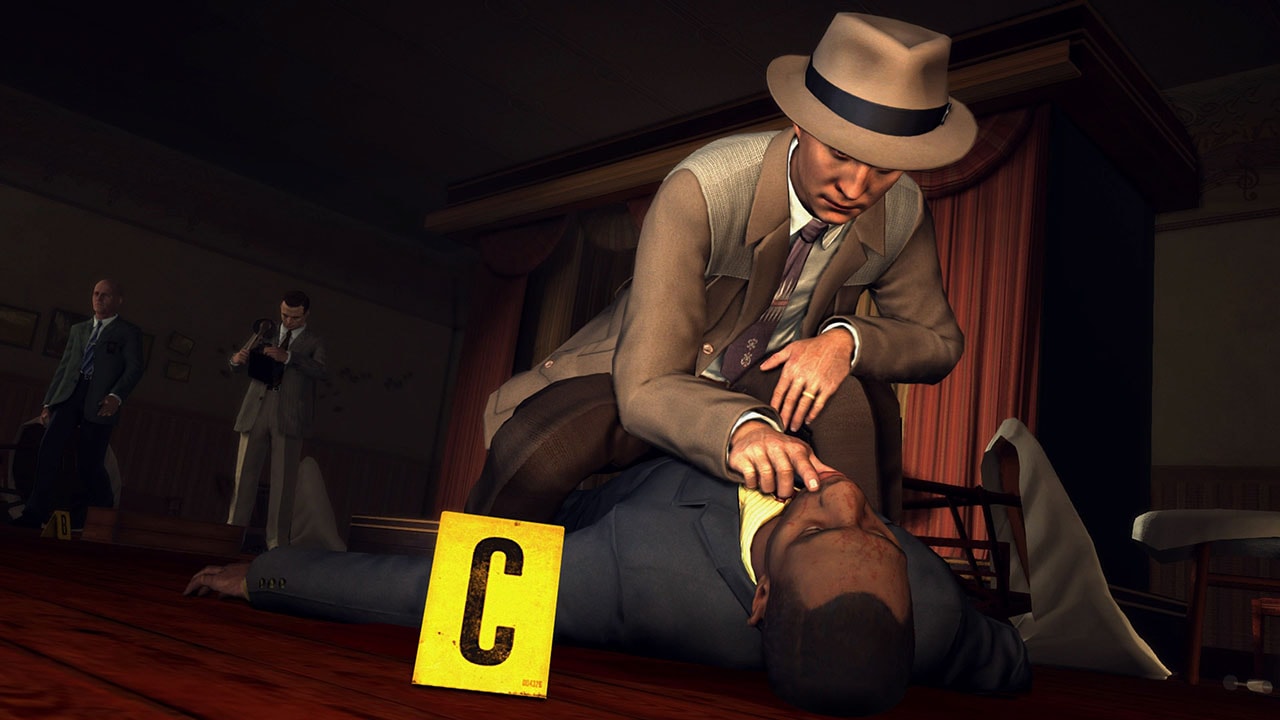 Otherwise, this is still very much the same game players got their hands on in 2011. There’s a bit of repetition with the case work, the driving is still realistic in line with how 1940s’ cars were, even though it’s not very interesting after the first few times, and you can switch to a black and white colour mode if you really want the full film noir experience.

Given the various aforementioned troubles, it’s tough to recommend buying L.A. Noire on the Switch, especially if you own a Sony or Microsoft console. Of course, if you’re looking for an immersive detective noir fix on the go, Nintendo is your only bet. And despite its technical issues, it’s amazing that you can get a console game such as this for your enjoyment wherever you are. Even its jokes about 3D cinema are still as timely and funny as always.

[“Source-gadgets.ndtv”]
L.A. Nintendo Noire Review Switch 2017-11-27
Loknath Das
to in With for and of on India The Launched at Samsung Launch A iPhone Android Galaxy More Apple Rs New Be 7 Price Google