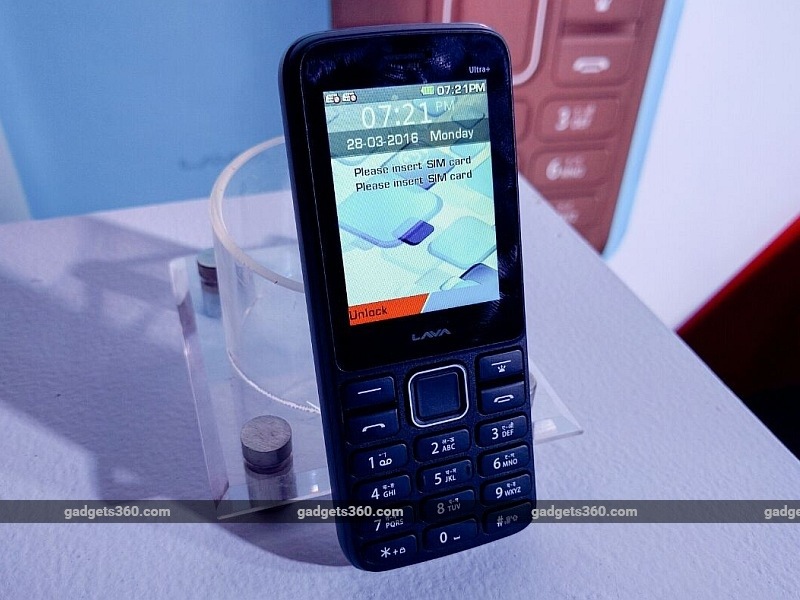 Domestic mobile brand Lava at an event in New Delhi on Tuesday launched a feature phone with support for 22 vernacular languages. Called the Lava KKT Ultra+ Union, the feature phone has been priced at Rs. 1,500. The company claims it’s the first feature phone in India with such a wide range of languages supported, and that it has been launched under the Digital India initiative.

As for the features of the Lava KKT Ultra+ Union, the feature phone sports a 2.4-inch display, 32MB of inbuilt storage that’s expandable via microSD card (up to 32GB), and a VGA rear camera. It bears a 1750mAh battery that’s rated to deliver up to 18 hours of talk time. The feature phone also supports dual-charging, which Lava said allows it to be charged by both a thin pin charger and a USB charger.

Apart from dual-SIM support, the feature phone also offers Bluetooth, wireless FM radio capabilities, an audio/ video player, and a 3.5mm audio jack. Other Lava KKT+ Ultra Union features touted by the company include a hands-free mode and auto-redial. The feature phone will be available in Black and Grey colour variants.

The Lava KKT+ Ultra Union will be available across retail stores in the country, and comes with a 1-year manufacturer warranty, apart from six-month warranty for the bundled battery, headset, and charger.

The company at the event also revealed that its Noida manufacturing plant is currently churning out 1 million phones a month.

Commenting on the launch, Gaurav Nigam, Head Product, Lava International, said, “We at Lava are delighted to introduce KKT Ultra+ Union, a device which is in line with our company’s mission to empower people to do more and be more by making valuable technologies accessible. Through this phone we want to bridge the language barrier and enable people to express themselves in their own language with their near and dear ones across the country. The launch of the KKT Ultra+ Union is another step towards strengthening our support for the government’s Make in India and Digital India initiatives. It is a perfect phone which is Made in India and Made for India and we aim to celebrate this diversity and promote traditional regional languages in the future also.”