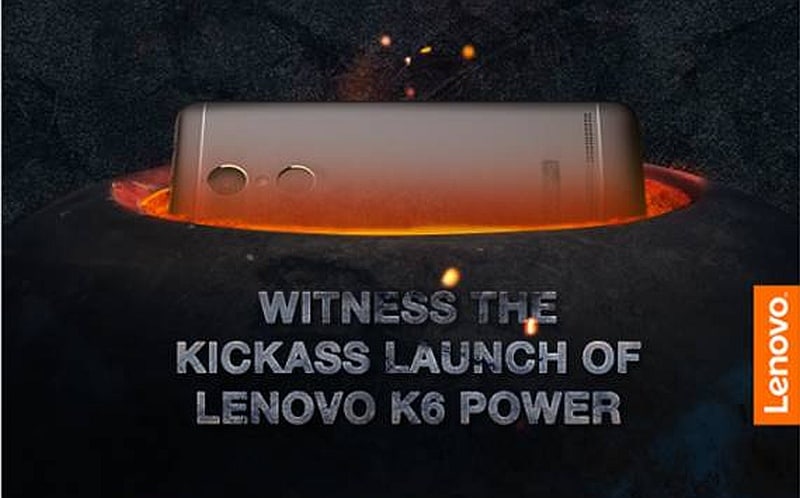 Following teasers from earlier this week, Lenovo India has finally sent out invites for the India launch of the K6 Power smartphone next week. The launch event will be held in New Delhi on Tuesday at 2:30pm IST.

To recall, Lenovo launched the K6 Power at the IFA 2016 trade show in Berlin alongside the K6, and K6 Note smartphones. With its name, it’s obvious the highlight of the smartphone is its large 4000mAh battery. For now, it is uncertain whether the company will use the Vibe moniker with the launch of this smartphone in India.

The Lenovo K6 Power sports a metal unibody design, and was launched in smartphone was launched in Dark Grey, Gold, and Silver colours. It runs on Android 6.0 Marshmallow and comes with integrated fingerprint sensor while supporting a dual-SIM slot. It is powered by the 64-bit Snapdragon 430 octa-core processor (with four Cortex-A53 cores clocked at 1.2GHz, and four Cortex-A53 cores clocked at 1.5GHz) with Adreno 505 GPU for graphics.
Other specifications of the Lenovo K6 include a 5-inch full-HD (1080×1920 pixels) display. It comes in two RAM/storage bundles – 2GB RAM/ 16GB storage and 3GB RAM/ 32GB storage. There is also an option to expand storage further via microSD.
The handset sports a 13-megapixel rear camera with LED flash, and an 8-megapixel selfie camera as well. Connectivity options on the Lenovo K6 Power include 4G LTE, Wi-Fi 802.11 b/g/n, Bluetooth 4.1, and GPS.