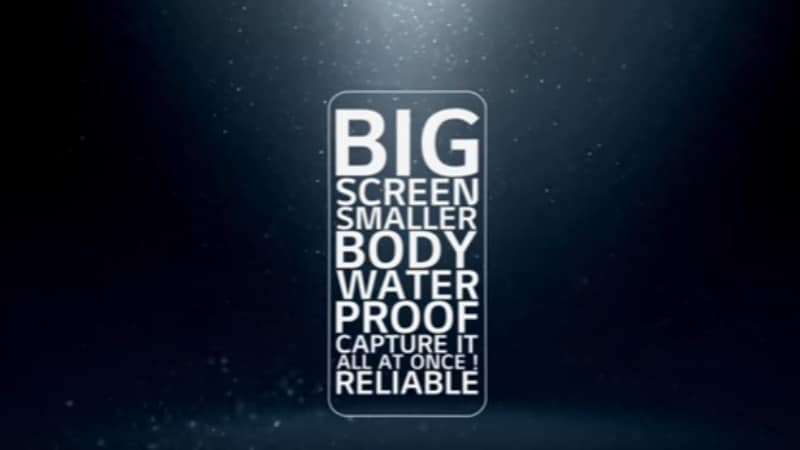 LG is betting big on its 2017 flagship, the LG G6, to bring back its lost mojo. Last year’s LG G5 was heavily criticised for its modular design and wasn’t a popular choice among critics. Now, with the LG G6, the company claims to deliver a device that caters to all of users’ fancies. The company has been teasing features of its new flagship scheduled to be announced in February, and the latest teaser hints waterproofing abilities, a big screen, and a good grip design.

The company has rolled out a teaser video that shows all of users’ demands from a smartphone, and promises to fulfil it in its February smartphone release this year. Looking at the launch time-frame, it can be speculated that the device will be unveiled at MWC 2017. In the video, the LG G6 is tipped to come with waterproofing abilities. If this is true, this will be the first smartphone from the company to sport water resistance. The video also hints that the smartphone will be more durable, less prone to screen cracks on fall, and have a large display screen fit into a compact body.

A few days ago, LG launched the 5.7-inch QHD+ (1440×2880 pixels) display with an aspect ratio of 18:9 and pixel density of 564ppi. The display has been designed to provide users with immersive viewing experience and enable users with the capability of multi-tasking or using dual-screen feature, thanks to its large size. This display is expected to arrive in the market with the LG G6 smartphone.

As for other specifications, the LG G6 is expected to be powered by Qualcomm’s Snapdragon 835 processor paired with 6GB of RAM. The smartphone packs a removable battery with Quick Charge 4.0 and it may come with wireless charging as well. The body will be made with a mix of metal and glass, and have a USB Type-C port.