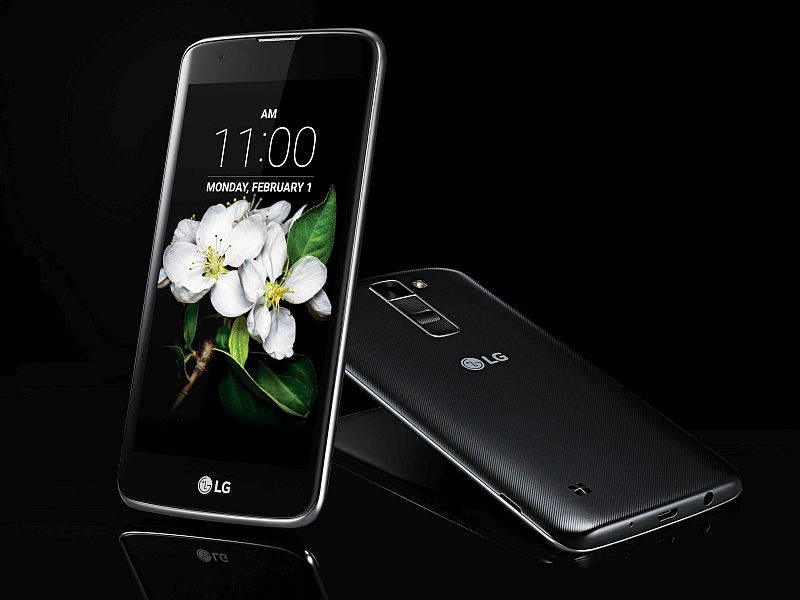 LG has started sending media invites for a launch event on April 14 where the company will launch the K-Series of smartphones in India. The invite says, “Kinetic two new smartphones made by LG for 4G.” The company is anticipated to launch the K10 and K7 smartphones first from the lineup. Considering LG in press invite is teasing 4G connectivity for the new K-series handsets, we can expect both the LG K7 and LG K10 smartphones to support 4G in India.

The K-series of smartphones are touted to sport photography capabilities as well as the ‘premium UX’ features they bring from higher-end devices. Pricing and availability details have not been announced yet. Some of the other features of the LG K10 and LG K7 smartphones include 2.5D Arc Glass design along with Gesture Shot, Tap and Shot, and Gesture Interval shot function for taking images. 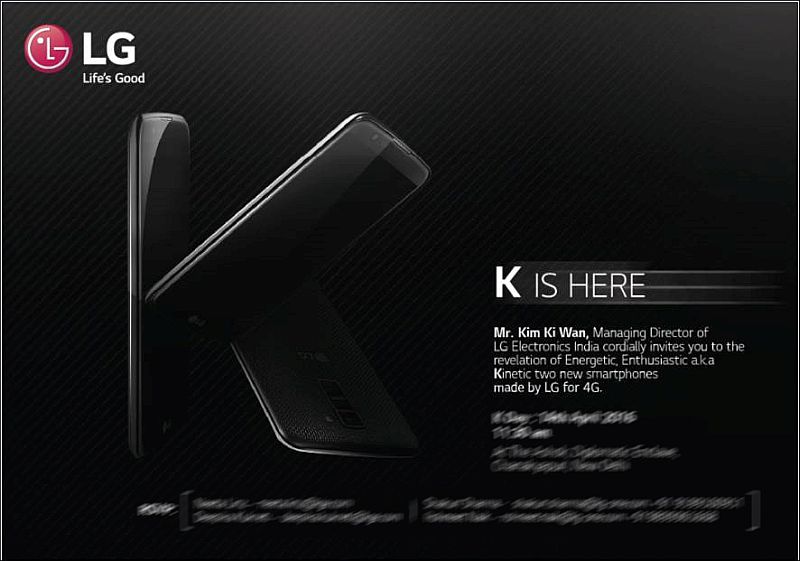 To refresh on the specifications, the LG K7 smartphone runs Android 5.1 Lollipop out-of-the-box and was announced in 3G and 4G LTE supporting variants. The 3G model packs a quad-core processor clocked at 1.3GHz, while the 4G LTE version packs a 1.1GHz quad-core SoC. Both K7 variants feature a 5-inch FWVGA (854×480 pixels) resolution display. Some of the other specifications included are 8-megapixel or 5-megapixel rear cameras (depending on the region); a 5-megapixel front-facing camera; 1.5GB or 1GB RAM; 8GB or 16GB inbuilt storage, and 2125mAh battery. The 4G LTE version measures 143.6×72.5×8.9mm, and will be available in Titan colour.

The LG K10 is an Android 5.1 Lollipop-based smartphone featuring a 5.3-inch HD (720×1280 pixels) resolution display. It was also launched in two variants based on 3G and 4G LTE connectivity support.

The 4G LTE variant of LG K10 features a quad-core processor clocked at either 1.3GHz or 1.2GHz, or an octa-core processor clocked at 1.14GHz. It sports a 13-megapixel rear camera along with 8-megapixel or 5-megapixel front-facing camera depending on the market. The smartphone is backed by a 2300mAh battery. LG announced three different memory configurations for K10 – 1GB, 1.5GB, and 2GB. On the storage front, the LG K10 will house 16GB or 8GB of inbuilt storage. We will have to wait LG’s April 14 event to see which K10 variant is revealed in India. The smartphone measures 146.6×74.8×8.8mm and will be arriving in three colour variants – White, Indigo, and Gold.