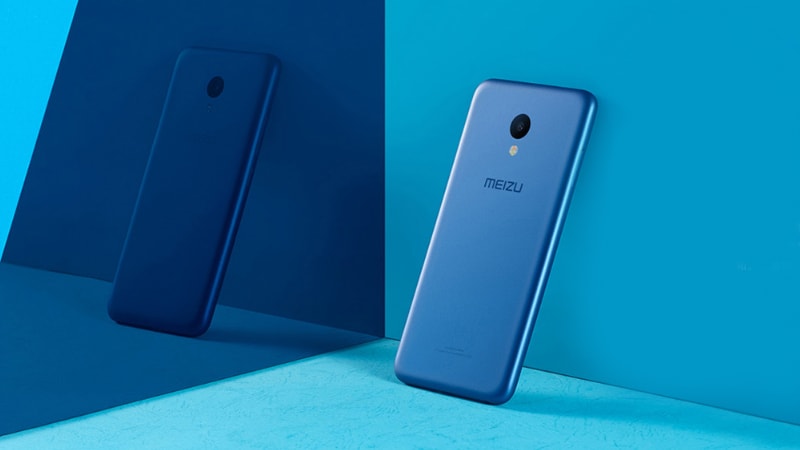 The Meizu M5 smartphone goes on sale from November. This is the successor of the Meizu M3, and the company has skipped a numeral to launch the Meizu M5 smatphone directly. It will be made available in Mint Green, Glacier White, Champagne Gold, Sapphire Blue, and Matte Black colour variants. As for specifications, the Meizu M5 sports a 5.2-inch HD (720×1280 pixels) 2.5D curved glass display with a pixel density of 282ppi. It is powered by a MediaTek MT6750 octa-core processor (4 x 1.5GHz Cortex-A53 + 4 x 1.0GHz Cortex-A53) with Mali T860 GP and 2GB or 3GB of LPDDR3 RAM. The smartphone has a hybrid dual-SIM slot (Nano+Nano) which doubles up the second slot as a microSD card for storage expansion as well (up to 128GB).

The Meizu M5 runs on Yun OS 5.1 with Flyme OS 5.5 skin on top, and packs a 3070mAh battery. There’s a 10 percent increase in battery size when compared to the predecessor, and Meizu claims it offers 66 hours of music playback. The smartphone sports a 13-megapixel rear camera with dual-tone LED flash with PDAF, f/2.2 aperture, and 5P Lens. There’s an additional 5-megapixel front camera with f/2.0 aperture, 4P Lens for selfies. Connectivity options include 4G VoLTE, WiFi 802.11 a/b/g/n (2.4GHz/5GHz), Bluetooth 4.0, and GPS/ A-GPS support. The Meizu M5 measures at 147.28×72.8x8mm, and weighs 138 grams.The fingerprint sensor is housed underneath the Home Button and is claimed to read prints in under 0.2 seconds. The Meizu M5 sports a polycarbonate body, with the power and volume buttons housed on the right edge. The 3.5mm audio jack, speakers, and the charging port are all housed at the bottom of the smartphone. Sensors onboard include infrared, accelerometer, ambient light sensor, proximity sensor, gyroscope, and a magnetometer, There is no word on when the Meizu M5 will release in international markets.