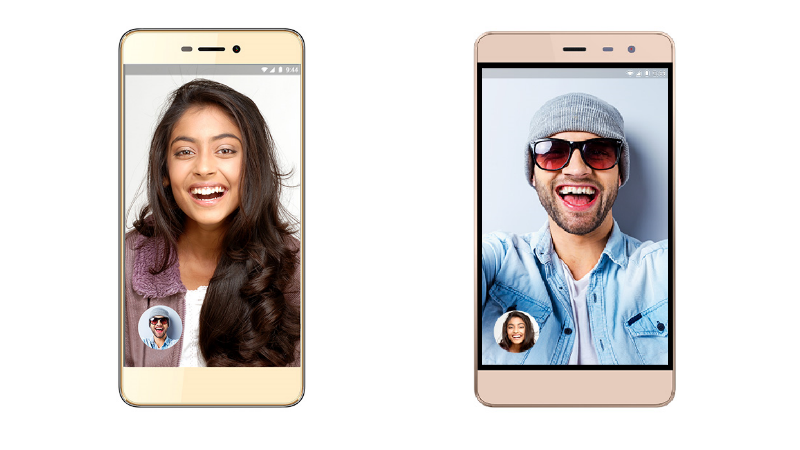 The Vdeo 3 smartphone runs Android 6.0 Marshmallow and sports a 5-inch HD display. The device is powered by an unspecified Qualcomm Snapdragon processor coupled with 1GB of RAM. In terms of optics, the phone comes with a 5-megapixel rear camera and a 2-megapixel camera at the front for taking selfies.

The Micromax Vdeo 3 has 8GB of inbuilt storage and houses a 2000mAh battery. In terms of connectivity options, the device offers Wi-Fi and Bluetooth connectivity.
On the other hand, the Micromax Vdeo 4 sports a 5-inch HD (720×1280 pixels) display and is powered by a 1.1GHz quad-core Snapdragon 210 MSM8909 processor coupled with 1GB of RAM. In terms of optics, the Vdeo 4 comes with an 8-megapixel rear camera, tagged with flash, and a 2-megapixel camera at front for taking selfies.

The Micromax Vdeo 4 comes with 8GB inbuilt storage (4GB user accessible), which is expandable via microSD card (up to 32GB). The smartphone packs a huge 4000mAh battery, which lasts for 24 hours of talktime as per company’s claims. In terms of connectivity options, the Vdeo 4 offers a 3.5mm headphone jack, USB 2.0, GPS, Wi-Fi, and Bluetooth. The phone comes with proximity sensor, accelerometer, ambient light sensor, and a gravity sensor.

“Last month post the launch of Vdeo 1 and Vdeo 2 smartphones, we received a phenomenal response from our consumers. The Vdeo range of smartphones are designed keeping in mind the basic needs that Indian consumers demand from their smartphones. They are fully loaded with best-in-class features for an entry level Smartphone – including 4G VoLTE, Android Marshmallow, great battery performance, HD Display and housed in a premium and stylish metal body. We truly believe that these feature, coupled with free internet connectivity with the pre-bundled Reliance Jio SIM is a compelling proposition that will accelerate the switch from feature phones to Smartphones,” Shubhajit Sen, chief marketing officer of Micromax Informatics, was quoted as saying in its release.