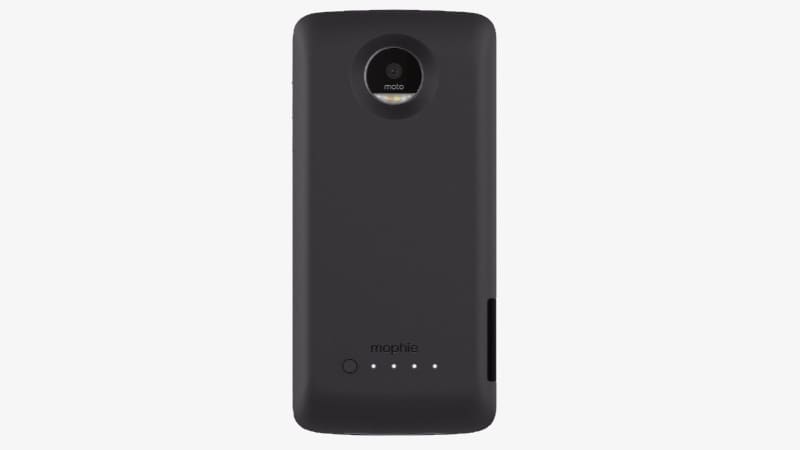 Moto Z is a smartphone that is known more for its accessories than the features of the actual device. It is usually seen as a perfect example of how mods can be used to increase the utility of a smartphone. Now, Moto has come up with two new mods for the smartphone that help users in getting more out of their smartphones.

Moto has announced two new mods, that is, a 3000mAh Mophie Battery Pack and an Incipio Car Dock that allows charging and comes with a 3.5mm audio output, as reported by PCMag. The battery pack is already available through Verizon at $79.99 (roughly Rs. 5,500) while the car dock is expected to be made available later.

The Mophie battery pack said to provide 60 percent more battery life to a phone and comes with a status indicator light and a USB Type-C port that allows it to be charged even without the phone, as per a report by The Verge. The company is reportedly planning to introduce many more mods in 2017 than it did in 2016.
Last month, Lenovo partnered with Indiegogo to help developers raise funds for their Moto Mods ideas. The company announced that developers can take part in its Moto Mods Developer contest by submitting their ideas for mods before January 31, 2016. Thw winners of the contest will win a Moto Z smartphone and a Moto Mods Development Kit.
The company also announced that it will be organising Moto Mods hackathons, starting with New York from December, in order to help people bring their ideas for mods forward. It further said that if an idea for Moto Mods really impresses it, Lenovo Capital has set aside $1 million (roughly Rs. 6.67 crores) to ensure that this idea is transformed into an actual mod for the phones
[“source-ndtv”]

'Moto 3000mAh and Battery Car Dock Gets Incipio Mods' Mophie New Pack Z: 2016-12-02
srijita
to in With for and of on India The Launched at Samsung Launch A iPhone Android Galaxy More Apple New Rs Be 7 Price Google