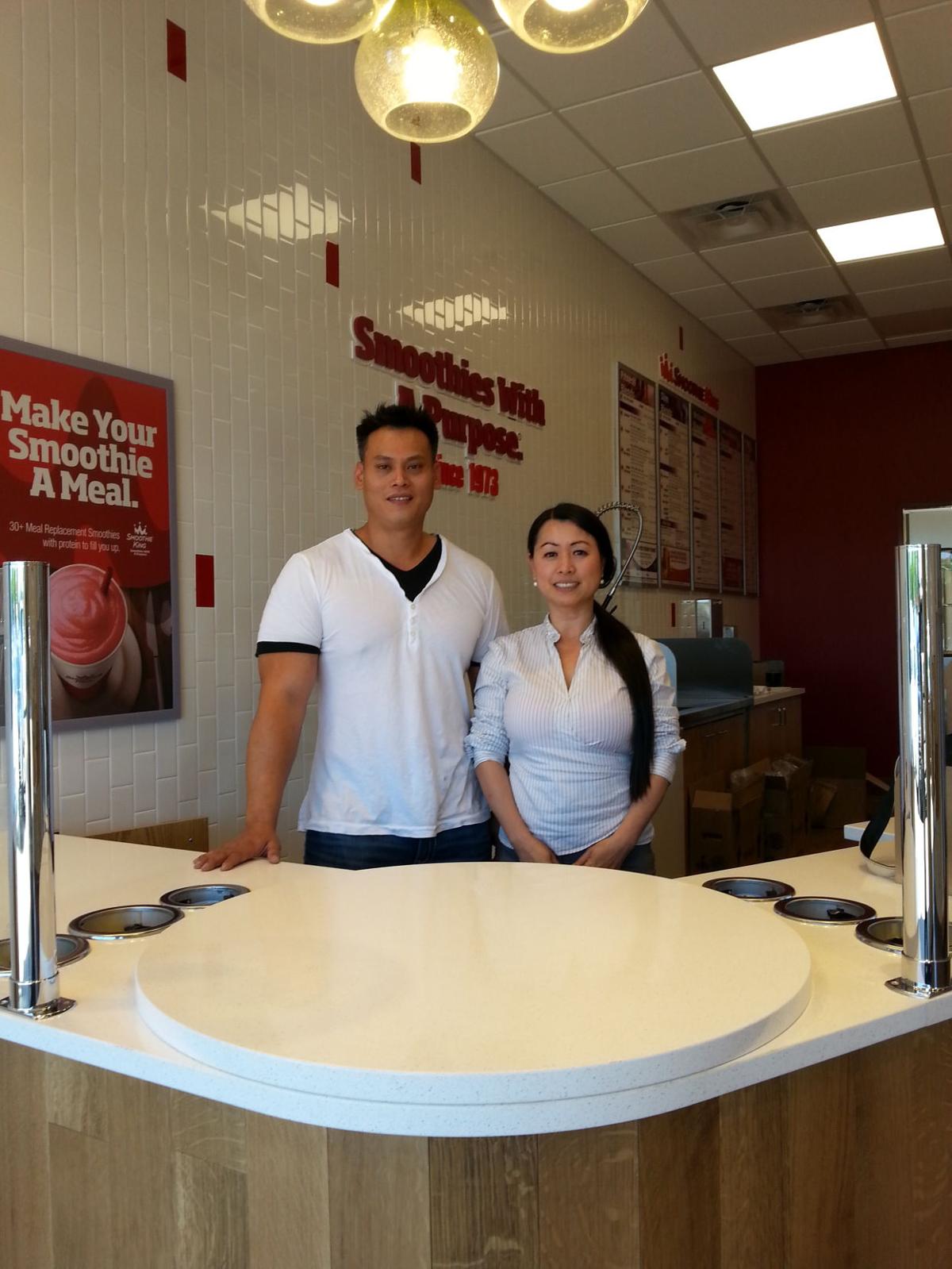 The ‘smoothie with a purpose’ chain Smoothie King will be opening its doors in Mesquite on June 8, tentatively. This store was brought to Mesquite by Garland couple Tam and Johanne Bui, who had their sights on opening a business in Mesquite for many years.

Tam was born and raised in Houston but lived in the Dallas area for the past decade helping his brother run his motorcycle repair shop. His wife, Johanne, is a bilingual Vietnamese teacher with Garland ISD.

It was after settling down, getting married and bringing their first child into the world that Tam decided it was time to create something he could share with his family.

His choice of opening a Smoothie King shop came from his passion of health and fitness which began when he decided to make a lifestyle change.

Tam said he used to be overweight and got into fitness about four years ago. He began incorporating exercise into his daily life and changing up his diet, which included drinking smoothies.

“Back then he used to stop by a Smoothie King to buy a drink after he worked out because it’s delicious and healthy,” said Johanne.

She added that when he showed her his before picture she was shocked and said he would be an inspiration to anyone.

Tam wanted to turn his passion for health and fitness and love of smoothies into a family business and something he could share with the Mesquite community.

The couple said they looked at various locations but chose Mesquite because where the live in Garland was bordering on Mesquite.

Tam said he was set on finding a spot in that area because Town East Boulevard is a major street with high traffic and after about a year or so of looking a place became available and he jumped at it.

Smoothie King is not just for weight loss and fitness enthusiasts but also beneficial for those with dietary restrictions.

Johanne said when she was pregnant she had gestational diabetes. Typically smoothies would not be something she could drink but she said that there was a specific drink she was able to have without it spiking her blood sugar and she had it every day during her pregnancy.

Tam mentioned there is also a specific drink the creator of Smoothie King came up with for those undergoing chemotherapy called The Hulk.

“Our cousin was recovering from cancer and she couldn’t eat anything at the time, but when we gave her the Hulk she actually kept it down,” he said.

[“Source-ndtv”]
and began Fitness Health: Lifestyle man's North smoothies Texas With 2017-06-05
Loknath Das
to in With for and of on India The Launched at Samsung Launch A iPhone Android Galaxy More Apple Rs New Be 7 Price Google