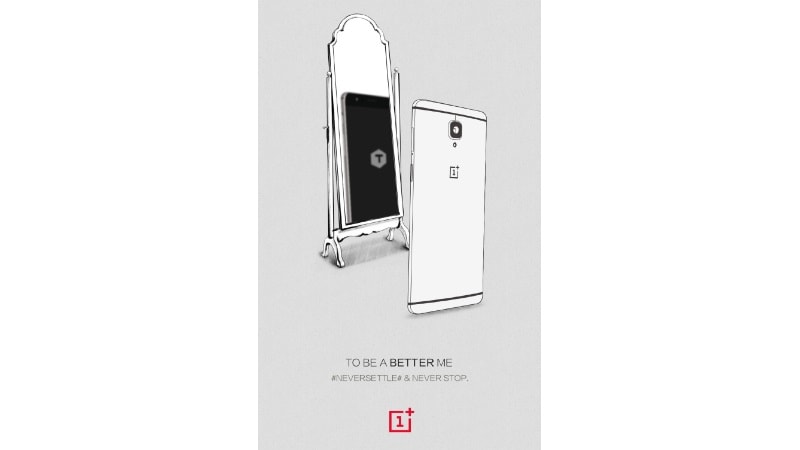 The OnePlus 3T has been leaked several times by now and has even made appearance at benchmark websites – ahead of its anticipated launch on Tuesday. Interestingly, all the rumours until now have suggested that the smartphone will bear the same design as current flagship by the company. Now, it seems like the company has confirmed this long-standing rumour with a teaser about the launch of its upcoming smartphone.

The teaser posted by OnePlus on Chinese website Weibo shows a OnePlus 3 smartphone placed in front of a mirror that reflects an image with the character ‘T’ imprinted on it. This teaser seemingly confirms that the smartphone will be similar to OnePlus 3 in terms of design but will carry the character ‘T’ in its name. Beneath this image, the company has given a tagline that says “To be a better me.”
OnePlus has already confirmed earlier this month, through its Twitter account, that its upcoming device will pack Snapdragon 821 processor and will be launched on November 15. Earlier leaks have suggested that the OnePlus 3T will come with Sony’s latest IMX398 sensor onboard. It is further expected to sport an Optic AMOLED display and run on Android 7.0 Nougat-based OxygenOS. It is expected to house a large 3300mAh battery.