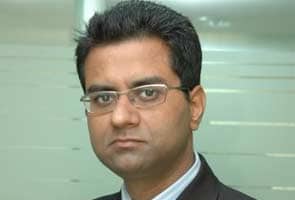 Finance Minister Arun Jaitley in his third Budget proposed substantive changes to the Employee Provident Fund. In fact, changes to provident fund started even before the Budget. It’s important to know how these changes will affect your provident fund and whether you need to take any specific action.

There is a lot of confusion around the proposed changes, but the reality is very simple. All the changes that have been done are to Employees Provident Fund (EPF). There are no changes to the Public Provident Fund, popularly known as PPF.

EPF is a simple instrument where employees contribute 12 per cent of the salary (basic + DA) and the employer makes a matching contribution. The employee gets tax exemption under Section 80C on this contribution. Interest earned on this every year was also tax free. And when you withdrew this money – which you could do only at retirement or if you did not have a job for over two months – the monies you received were completely tax-free if your EPF account was over 5 years old.

Now this has all changed!

Firstly, if you leave your job and don’t have a job for over two months, you can now withdraw only your contribution (plus interest on it) that you have made to the EPF. Your employer’s contribution can be withdrawn only once you turn 58. This announcement was made just a few days before the Budget and led to a significant disappointment amongst the salaried class. So almost 50 per cent of your money is locked in but the bigger problem is that as per the current guidelines, your EPF account becomes dormant after three years and stops earning any interest after that. So effectively, if you leave your job to start a business at the age of 40, than you can withdraw only a part of your corpus and the other part of the corpus which is locked-in will not earn any interest for 15 years as per the current guidelines. This needs to rectified and it needs to be ensured that such corpus is not treated as dormant.

The second big change proposed in the Budget is aimed at bringing parity amongst tax clauses for all pension products. From April 1, your contributions to EPF account will not earn fully tax free interest. The Budget says that 40 per cent of the corpus so created from fresh contributions will be tax free and the balance 60 per cent will be taxable.

Thus you will now pay tax not just on the interest in EPF but also on the principal amount. This makes the entire EPF product structure untenable and unattractive for salaried employees. However, at the age of 58 if you invest this 60 per cent of the corpus in an annuity – which gives you monthly pension – than you pay tax only on the month pension received. And once you die, when your nominee gets the principal amount, if any, than he will not have to pay tax. The finance minister has already said that he will re-think this and consider if only the interest should be taxed, but that will take away the parity with other pension products.

The other reason you should be worried is that the finance minister has made these changes applicable only for private sector employees. All other employees, which are governed under the Provident Fund Act of 1925 i.e. employees of government and semi-government organisations, local authorities, railways, universities and recognised educational institutions are exempt from this.

In effect, though the intent of the finance minister is honourable but the end result is a huge cacaphony and creating a discrimination amongst various classes of salaried employees. The vision needs to be common for a pensioned society not having different classes of pensioned society.

[“source-gadgets.ndtv”]
- Budget by Fund? How Impact Manoj Nagpal Opinion: Provident The Will Your 2016-03-04
srijita
to in With for and of on India The Launched at Samsung Launch A iPhone Android Galaxy More Apple Rs New Be 7 Price Google