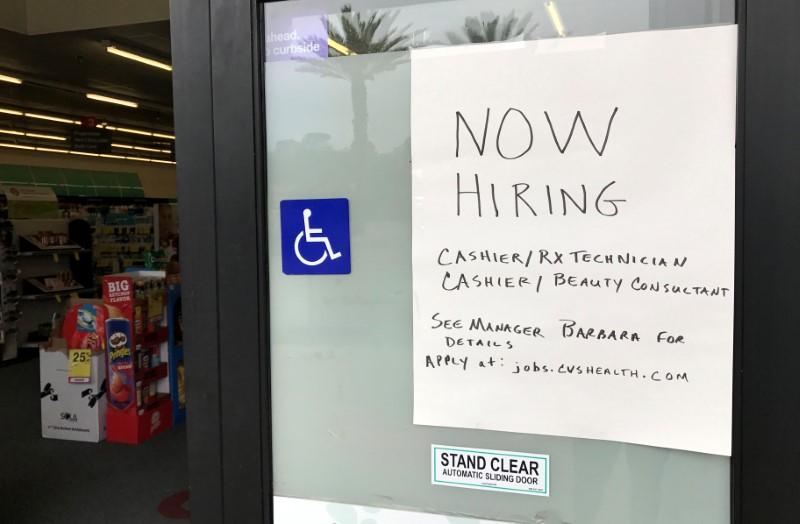 A measure of U.S. small-business confidence rose in July, boosted by strong hiring and an improving economic outlook, according to a National Federation of Independent Business report released on Tuesday.

The group’s Index of Small Business Optimism USOPIN=ECI rose to 105.2 from 103.6 in June. The rise was the index’s first since January.

Business owners signaled optimism in their ability to expand partly due to a pick-up in consumer spending. It follows solid hiring activity among small businesses in July as reported by the group last week, and rosy jobs data released by the Bureau of Labor Statistics on Friday.

The share of U.S. small business owners with plans to add to payrolls in July exceeded those planning to cut jobs by 19 percentage points on a seasonally adjusted basis, NFIB data showed. That is a 4-point increase from June and the strongest reading since December 1999.

Moreover, 60 percent of owners said they were hiring or trying to hire, a 6-point increase from June.

Yet when it came to filling those positions, 87 percent of small businesses said they were having a difficult time finding qualified workers.

Among Businesses by helped Hiring in July Optimism Rises Small Strong U.S. 2017-08-08
Loknath Das
to in With for and of on India The Launched at Samsung Launch A iPhone Android Galaxy More Apple Rs New Be 7 Price Google