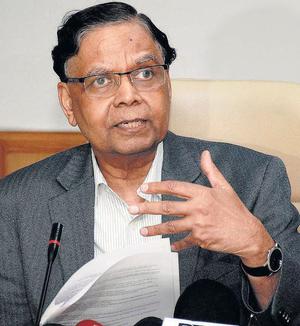 Move comes amid criticism about the lack of adequate jobs

The Prime Minister-appointed task force has recommended that traditional Employment-Unemployment Surveys carried out by the National Sample Survey Office (NSSO) every five years be scrapped.

The panel has instead suggested a new periodic labour force survey to provide estimates of labour force, employment, unemployment, nature of employment and industry. To get more frequent employment trends data, an urban module of this survey will be updated every quarter. The recommendation comes amidst criticism about the lack of adequate jobs as well as a debate over jobs cuts in the economy.

However, refuting criticism, the task force, headed by NITI Aayog Vice Chairman Arvind Panagariya, in the report has mentioned that “much of the recent debate on jobs in the media has relied on the estimates from the Quarterly Enterprise Surveys,” which has “severe limitations”.

The Centre has sought comments on the recommendations made public on Thursday by July 23. A time use survey should also be conducted at three year intervals to provide data on time spent in various occupations and non-market activities, the panel said.

“This survey will collect information on how individuals allocate their time over a specified time period, usually a day or a week.” The survey will help track how time spent by households has been changing and measure women’s participation in unpaid work. Centre can tap the GST Network database as a sample frame for a new annual survey of enterprises.