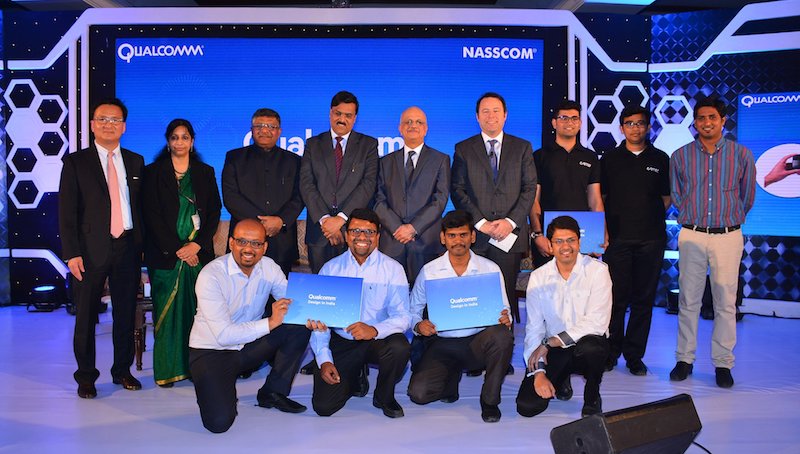 Global chip maker Qualcomm on Tuesday announced investment of $8.5 million (roughly Rs. 57.7 crores) for expansion of its design initiatives in India, which would primarily include funding its Innovation Labs at Hyderabad and Bangalore.

A portion of the investment earmarked for design initiatives will also be utilised for its Design in India Challenge 2017, a programme that nurtures promising startups in the country.

“After seeing the response during the 2016 edition of the Design in India challenge, we decided to go ahead with a second year, as well as expanding the number of participants Qualcomm nurtures through this programme from 10 to 16 participants in 2017,” Jim Cathey, senior vice president and president, Asia Pacific & India, Qualcomm Technologies Inc said at a conference.

The San Diego-based maker of mobile phone chips is sharpening its focus on growing mobile and Internet of Things (IoT) ecosystem in India with R&D and localisation support.
Accordingly, it expects to enable mobile and IoT vendors by providing advanced camera, audio, and RF design support with the launch of a new Innovation Lab at Hyderabad and expansion of current Innovation Lab in Bangalore. Cathey, however, declined to divulge the exact quantum of investment or the hirings for expansion of the innovation labs.

The company on Tuesday announced that three startups – Carnot Technologies, iFuture Robotics and Uncanny Vision – had won the first edition of Qualcomm Design in India Challenge (QDIC) launched in 2015 in association with software body Nasscom.

Over the last 12 months, ten shortlisted companies were incubated with initial prize money of $10,000 each and engineering support at Qualcomm India’s Innovation Lab in Bangalore where they could transform their ideas into prototypes.

In the final round, the companies were judged by the jury members consisting of industry, Government and Qualcomm executives. In addition, the selected winners were awarded $100,000 each as part of the challenge.
[“source-ndtv”]