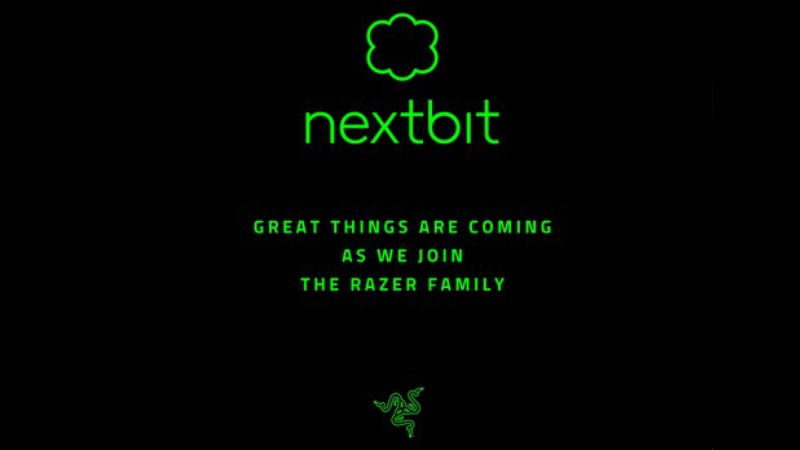 In a surprise move, cloud-centric smartphone maker Nextbit has been acquired by gaming company Razer. While the financial details have not been disclosed, the company’s assets and employees will be absorbed by Razer moving forward.

In its blog, Nextbit said that even though it is now a part of Razer, the company will not falter from its mission. It will continue to operate independently within Razer. “Nextbit will operate as an independent division inside Razer, focused on unique mobile design and experiences. To put it simply, we’ll be doing exactly what we’ve been doing all along, only bigger and better,” the company said.
With Razer running things, Nextbit will supposedly get the much-needed financial backing to make bolder products. Nextbit started off as a Kickstarter project that raised as much as $1.3 million from more than 3,600 backers. It managed to reach its goal of $500,000 in just twelve hours instead of a month. The $1 million goal was achieved in a span of just two weeks. Their pitch was a ‘smartphone that will never run out of storage’. As a result, the Nextbit Robin (Review) smartphone was released last year, with 100GB cloud storage facility.

Even though the company has announced that the acquisition won’t change things much, the company has stopped selling the Nextbit Robin and its accessories. It says that it will fulfil warranties for the next six months only, which means recent buyers won’t get the promised one-year warranty. Software updates and security patches will be supported till February 2018.