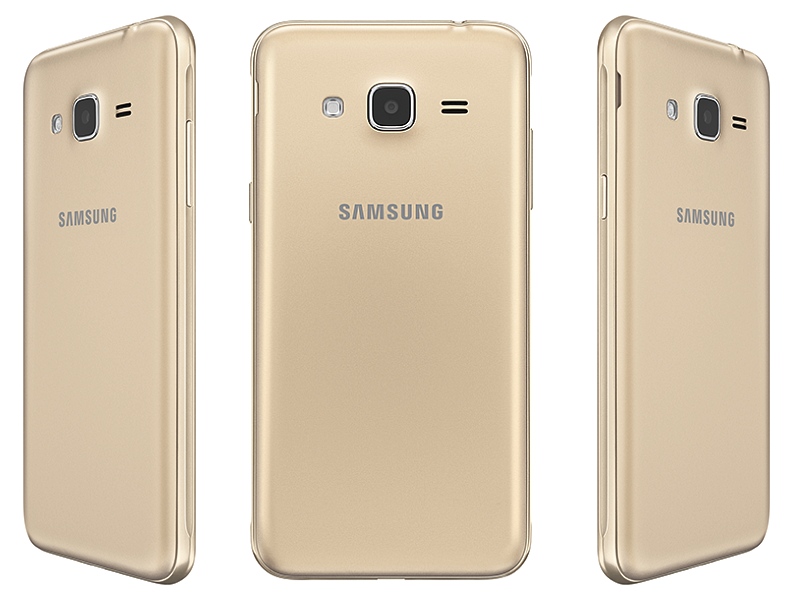 The Samsung Galaxy J3 (6) variant launched in India features dual-SIM support. It sports a 5-inch HD (720×1280 pixels) Super Amoled display. The handset is powered by a 1.5GHz quad-core processor coupled with 1.5GB of RAM. It packs 8GB of inbuilt storage which can be expanded via microSD card (up to 128GB). The Android 5.1 Lollipop-based Galaxy J3 features the Samsung TouchWiz UI on top.

It sports an 8-megapixel rear autofocus camera with LED flash. There is a 5-megapixel front-facing camera also on board. The smartphone measures 142.3x71x7.9mm and weighs 138 grams.

Apart from 4G (with support for Indian 4G bands), other connectivity options include 3G, Wi-Fi, Bluetooth, GPS, and Micro-USB. The handset is backed by a 2600mAh battery.

The biggest feature of the Galaxy J3 (6) that the company is touting is ‘S Bike Mode’, meant to help ensure minimum distraction while riding a two-wheeler. The feature once enabled automatically replies to calls with pre-recorded messages in 14 languages, and doesn’t notify the rider.

Riders can also mark a few contacts as important, so that they can be notified even while riding. In case the call is urgent, the caller may choose to press 1, which allows urgent calls to go through.

The company said S Bike Mode will be available across all 4G-enabled Galaxy J series devices “over a period of time.” To enable the S Bike Mode feature, Samsung has included NFC connectivity in its budget Galaxy J3 (6), allowing users to activate the mode with a tap on the NFC tag – recommended to be placed on the two-wheeler’s fuel tank or the rider’s helmet – that ships with the smartphone. The feature can also be enabled via Quick Settings.

Another feature of S Bike Mode is Motion Lock, which ensures that if the user decides to take an urgent incoming call, they will need to bring their vehicle to a halt to be able to answer it.

Users will be able to see a log of call notifications received while S Bike Mode is enabled. A Smart Reply feature allows selected contacts to receive an automated SMS with an estimate of when the user is likely to be available for a call basis a trip destination entered by the user. The company is further trying to promote safety by including a gamification system – logging the amount of time and distance travelled using the S Bike Mode, and giving users a chance to win up to Rs. 1,500 per month from Freecharge “for being a responsible rider.”