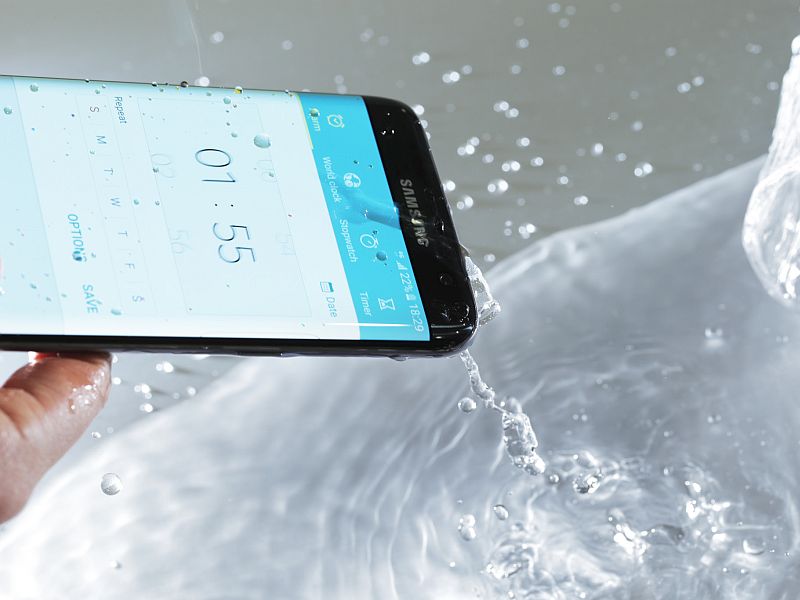 Samsung’s new Galaxy S7 and Galaxy S7 Edge premium smartphones also feature a moisture sensor in the USB port that alerts the user when they are plugging in their charger.

The company clearly points that users need to dry the USB port before plugging the charger in the user manual of the Samsung Galaxy S7 and Samsung Galaxy S7 Edge. Phone Arena first reported the feature and cites the manual which notes, “If you charge the device while the multipurpose jack is wet, the device may be damaged. Thoroughly dry the multipurpose jack before charging the device.”

A Reddit user shared experience under the thread “moisture detected” and added, “I took an underwater photo this morning and put the phone away (Galaxy S7 Edge). 4 hours later I plugged it into the wall (fast charger) for a top-up and the phone popped up error message “moisture detected in charging port,” and the phone won’t charge.”To recall, the new Samsung Galaxy smartphones are certified with IP68 rating, which allows the handset to withstand dust and water. The company had confirmed that both models can be immersed in 1.5 metres of water for up to 30 minutes.

The South Korean company has been promoting the Galaxy S7 and Galaxy S7 Edge smartphones aggressively and recently ahead of the March 11 availability in 60 countries announced a Samsung Upgrade Programme in the UK which provided consumers the option to exchange their existing handset and upgrade to the latest Samsung Galaxy handset for a limited period before and after the release of that handset.

For those unaware, the Galaxy S7 and S7 Edge differ mainly in their screen sizes and battery capacities. The curved edges on the S7 Edge are more than just a novelty this time, as Samsung has taken better advantage of them. The new phones debut Samsung’s new 12-megapixel sensor with an ultra-wide f/1.7 aperture and Dual Pixel technology for faster shutter speeds and quicker auto-focus.

One of the biggest additions in the new Galaxy S7 and Galaxy S7 Edge is the hybrid dual SIM (available in some regions). Both the phones support expandable storage via microSD card (up to 200GB).

[“source-ndtv”]
A Edge Galaxy in Moisture Pack Port: S7 Samsung Sensor USB 2016-03-04
srijita
to in With for and of on India The Launched at Samsung Launch A iPhone Android Galaxy More Apple Rs New Be 7 Price Google